The win, and certainly the size of it, was something of a surprise as LUMSDEN, who plays US college golf at Northwestern, entered the final as the favourite being the more experienced and highly ranked player.

Relatively unknown outside Scotland up until this week 18 year old Sam LOCKE is from the Banchory Golf Club in Aberdeenshire. He has been supported by the Paul Laurie Foundation since he was 14 and is coached by his father Andrew.

From a starting field of 264 players Sam finished tied 5th in the Stroke Play Qualifier after rounds of 67 (PSC) and 73 (PGC).

Sam led 5 Up after nine, helped by Ryan bogeying five of the opening holes. A relaxed Locke then birdied 5 of the holes on the morning back nine to take full control of the Final and a 10 Up lead into lunch. He then saw the match out comfortably in the afternoon.

After the Final Sam said in an interview with Scottish Golf “It’s nice to get a big win under my belt and hopefully I can kick on from here and enjoy more success. I just need to keep doing what I’m doing and practice hard.”

Sam will now be allocated one of the two remaining places in the Scottish Men’s Home Internationals Team for the competition at Moortown Golf Club in two weeks time.

Whilst it is too late for Sam to make his way into the 2017 Great Britain and Ireland (GB&I) Walker Cup selection picture I look forward to following his progress in the coming years, starting in Leeds very shortly. 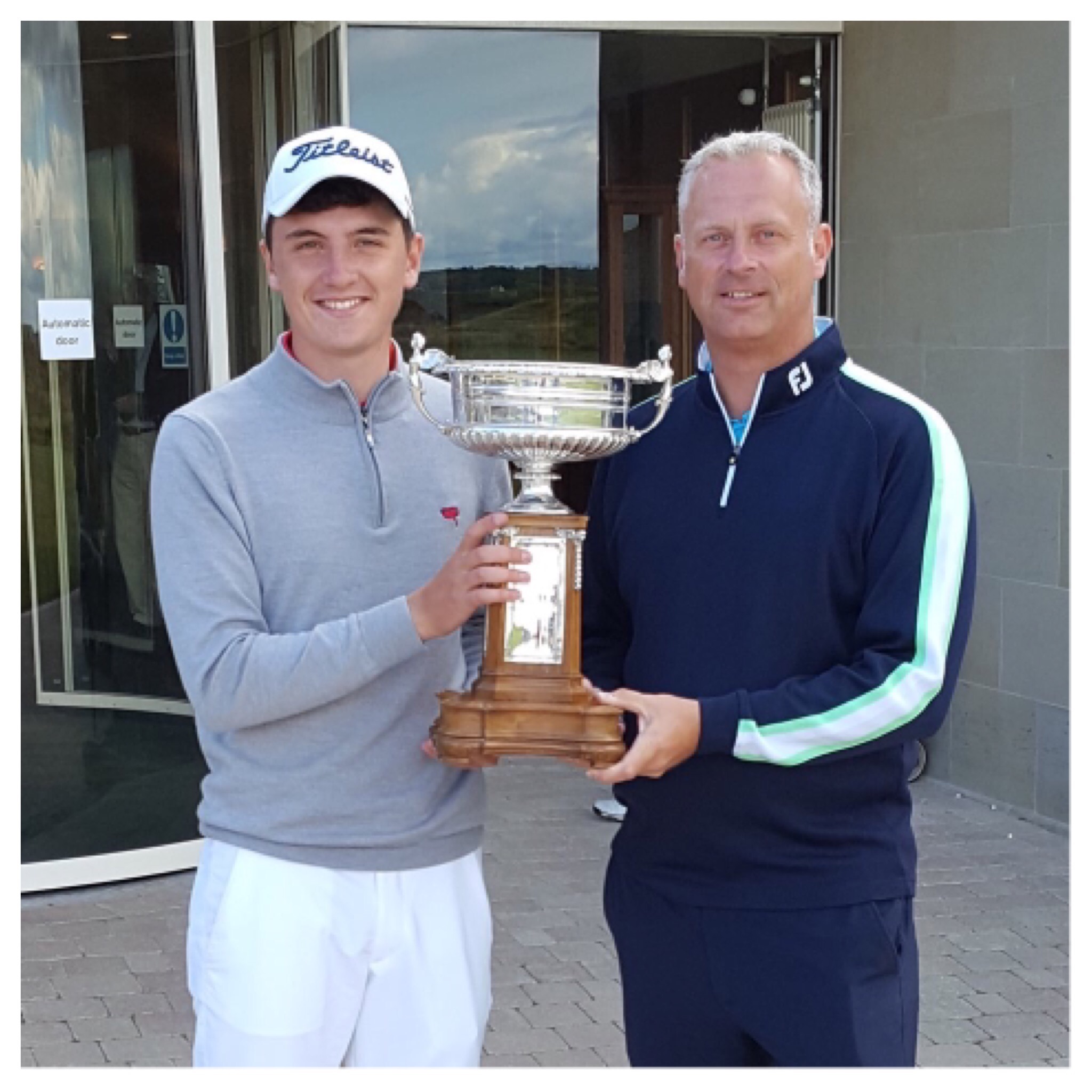 So getting back down to Walker Cup business let’s look at how the leading Scottish players, those that are closer to the selection discussion than Sam, got on. Here is a quick summary:-

Craig HOWIE was the leading Scottish Walker Cup candidate (of those competing) going in to the event and it’s fair to say he could have done with a stronger performance to cement his position in our 10 man team given the increasing competition for places.

Sandy SCOTT has enjoyed a good summer back home from Texas Tech. but needed to win at Prestwick in my opinion to have any chance of forcing himself into the 2017 GB&I Walker Cup selection picture. His time will come.

Ryan LUMSDEN, whilst disappointing in the Final, should be pleased with his overall performance. He continues to impress and like SCOTT should prove to be a strong GB&I Walker Cup candidate in 2019.

Scotland’s three leading players chose not to play in their national Amateur Championship.

Liam JOHNSTON and Connor SYME joined Wales’ David BOOTE in playing in the Western Amateur at Skokie CC in Illinois. After the United States Amateur and the Amateur Championship the Western Amateur nowadays has the third strongest field in amateur golf. Therefore securing a positive result here is not easy.

Liam JOHNSTON did so, enhancing his standing by shooting rounds of 72, 66, 68 and 71 at the Western for a -7 total. Unfortunately his tied 18th finish meant he missed out on a ‘Sweet 16’ Match Play place by 1 shot.

Connor SYME started well with a 68 but a disappointing 75 in Round 2 saw him miss the 36 hole cut in the 72 hole Stroke Play Qualifying stage.

Robert MACINTYRE took advantage of a Scottish Golf / Bounce Golf invite to compete on the European Challenge Tour in the Vierumäki Finnish Challenge.

The event was reduced to 54 holes today after heavy rain which was disappointing for Robert as his final -5, tied 53rd, finish didn’t really reflect how well he played. His 8, 6, 5 scores (+6) on the 12th, 13th and 14th holes of his third round ruined what looked like being a top 20 finish at worse. He was also -3 after 10 holes of his final round this morning when play was abandoned.

Nevertheless making the cut on the Challenge Tour is no mean feat for an amateur so in my eyes this is another encouraging week for the man from Oban on the west coast of Scotland.

So in summary, as far as Scottish hopes for the Walker Cup go, good weeks for Liam JOHNSTON and Robert MACINTYRE but not so good for Craig HOWIE and Connor SYME.

The battle for places continues with just the US Amateur Championship and the Men’s Home Internationals to be played.