USA plans were hampered by the late withdrawals of Hubert Green and Robert Barbarossa who both announced they were planning to turn professional. Matters were then not helped by the unavailability of two of the USGA’s reserves, Rick Massengale and Jack Lewis. The remaining reserve Joe Inman accepted and was joined in the final line-up by John Bohmann. 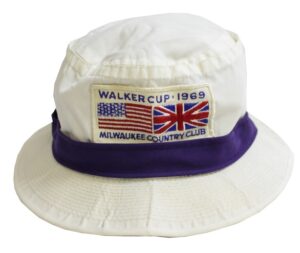 GB&I’s leading player at the time Michael Bonallack was selected as captain. He contested all four series too.

Controversially Scotland’s Gordon Cosh was not selected for the GB&I team. In 1968 he had won the Scottish Amateur, played for Britain against Europe and was selected for the four-man Eisenhower Trophy team. In 1969 he captained Scotland in the European Amateur Team Championship and was playing well.

With six games halved over the two days and USA only winning by two points this was a match that could easily have been halved or even won by GB&I.