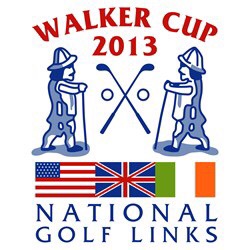 A return to National Golf Links of America on Long Island which hosted the inaugural match in 1922 was welcomed by everyone.

Matthew Fitzpatrick arrived on Long Island as the newly crowned U.S. Amateur champion having overcome Australia’s Oliver Goss 4&3 in the Final at The Country Club, Brookline.

There were seven English players in the GB&I team with the two reserves, Greg Eason and Ryan Evans, also coming from England.

GB&I captain Nigel Edwards was forced to fly home at the start of the Walker Cup week when his father was taken ill. However, an improvement in his health enabled the Welshman to fly back to New York on the Thursday before the weekend match.

A 6 hour flight delay and a washout due to storms on the Tuesday had already hampered GB&I preparations on a strategic course where the USA’s numerous practice sessions in the months before the match certainly proved beneficial.

Smith (35) and White (45) were the two mandatory mid-amateurs that the USGA, at the behest of captain Holtgrieve, had agreed to include in the USA team at the start of 2013.

The Universities of California and Alabama both provided three members of the USA team each. Homa, Kim and Weaver all played together at Cal whilst Thomas, Whitsett and Wyatt had good chemistry from their time at Alabama. 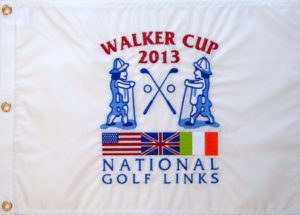