Pine Valley G.C. opened in 1921 and the staging of the Walker Cup just 15 years later highlights how quickly it came to prominence.

Former British player Edward F. Storey, who played in the 1924, ’26 and ’28 matches, toured the course ahead of this encounter. Reaching the 2nd tee he famously said to his group: “Tell me, do you chaps actually play this course, or do you just photograph it ?” 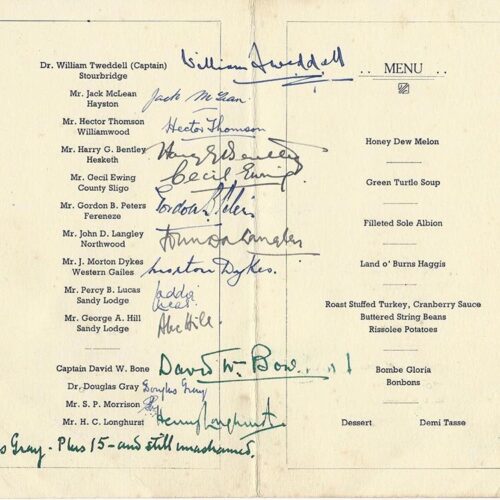 Captain William Tweddell was named alongside five other players by The R&A at the start of the Amateur Championship in May 1936. Harry Bentley (29), John Langley (18), Percy “Laddie” Lucas (21), Jack McClean (25) and Hector Thomson (22) were the other names in a young first GB&I wave.

After The Amateur was completed at St. Andrews in early June The R&A, still intent on focussing on new young blood, added J. Morton Dykes (31, Quarter Finalist), Cecil Ewing (26, Semi-Finalist), Alec Hill (26, Semi-Finalist) and Gordon Peters (26, Quarter Finalist). The previously selected Hector Thomson won the Championship. Cyril Tolley had reached the Quarter Finals but appears to have been a victim of the new selection policy of youth over experience.

Travelling across to USA on board the ‘RMS Transylvania’ liner Hector Thomson stubbed one of his toes whilst playing deck quoits, supposedly breaking his toe. Later reports suggested that the pain was so bad he was forced to play his two matches with one carpet slipper on. However, it seems unlikely he could have played two 36 hole matches with such an injury and a slipper.

In the end GB&I Captain Tweddell chose to join Ouimet on the sidelines throughout and was joined by Laddie Lucas who contracted tonsillitis prior to the match. 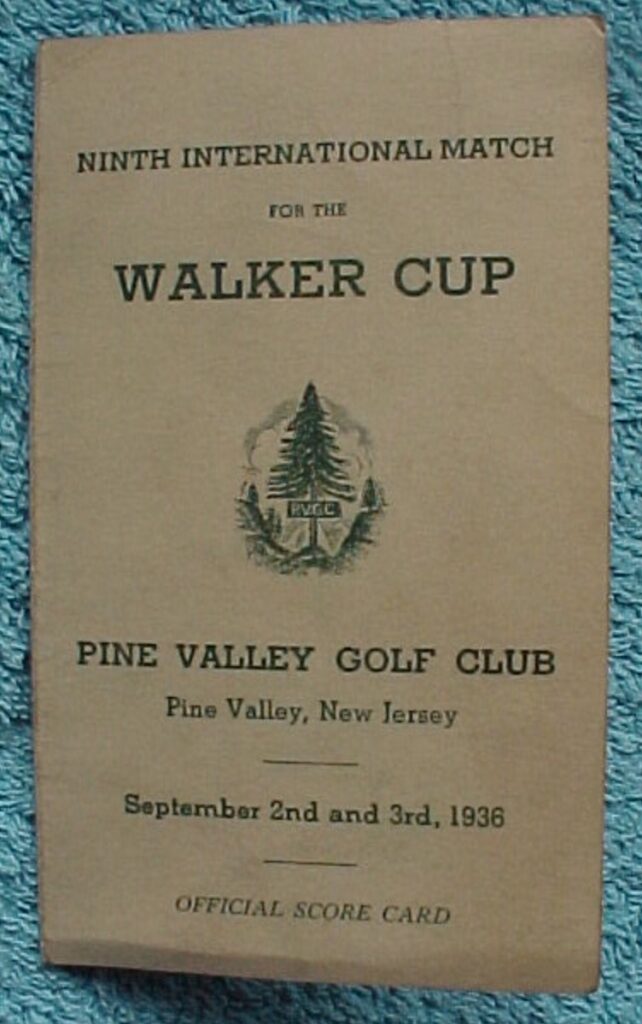 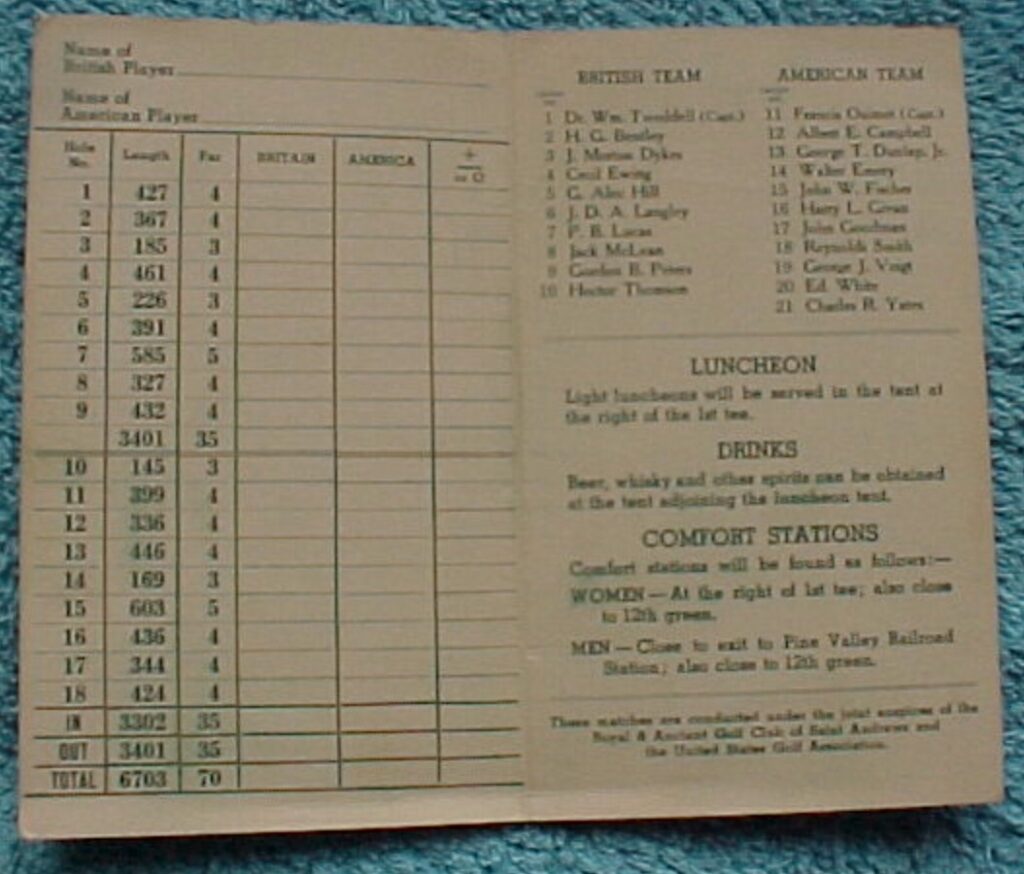 The match was officially a whitewash, 9-0 to the USA. In fact two Foursomes and one Singles game were halved by GB&I but back in those days only a clear win secured a point. Whilst GB&I were still to taste victory in the Walker Cup after nine matches 1936 saw a new low; the first time they had failed to even win a single game.

In the foursomes USA’s Harry Givan and George Voight led GB&I’s Alec Hill and Cecil Ewing 7Up with 11 holes of the 36 hole game to play.  The GB&I pair won 7 of the next 10 holes to draw level before the 36th hole was halved.

It is said that a conversation at Pine Valley between spectators Tony Torrance and Bobby Jones led to the establishment of the ’14 club’ rule in 1938-39. Whilst some players had started to carry as many as 25 clubs Torrance always carried 12 and Jones 16 hence the compromise position put forward to the authorities.

Johnny Fisher was the last person to win a major national championship with hickory shafted clubs. It was reported that he was the only player in the field using hickories, most players having already transferred over to steel in the early 1930’s. 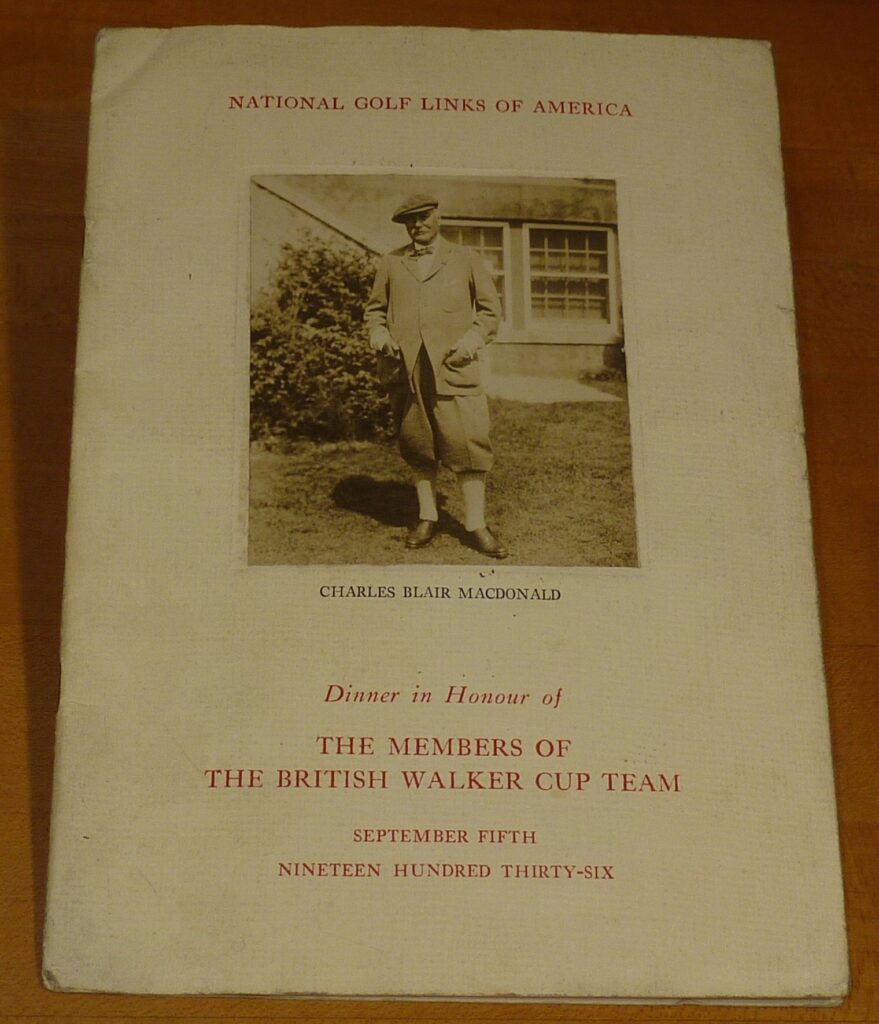