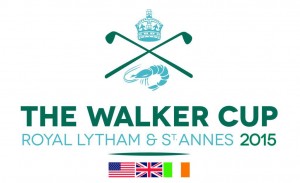 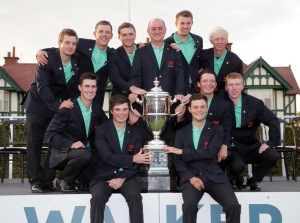 At the April GB&I training session Golfing World produced a preview video including an interview with captain Nigel Edwards in which he ran through his own selection criteria.  The words he used were “strong performances”, “great attitude”, “good putters” and “embrace the situation” and “embrace something very much out of their comfort zone”.

When The R&A announced their team on 24th August it contained five Irish players, a record for the Emerald Isle.

Ewen Ferguson (19) and Bradley Moore (17) were announced as GB&I’s non-travelling reserves for the match.

On 31st August it was announced that Florida-based Sam Horsfield (ENG) had withdrawn from the GB&I Walker Cup team opening the door to Ewen Ferguson. Edwards said at the time: “It’s a shame Sam isn’t going to play because he’s very talented. I don’t know the specific reasons and obviously didn’t ask. We have to respect his decision. Ewen will fit into the team very well because he knows and gets on with everyone. He was unlucky not to make the original team”.

At the time it was rumoured that Sam had been either concerned about his USA status and may not have the necessary visa to ensure he would be able to return to Florida after the match or that there may have been a personality clash between him and other members of the team at an informal squad gathering at the U.S. Amateur at Olympia Fields a few weeks before.

Speaking with journalist Matthew Chivers in April 2020 Sam Horsfield implies it may have been the latter: “Pulling out of the Walker Cup in 2015 didn’t affect me, to be completely honest. It was just two weeks into my freshman year at the University of Florida. I was with a bunch of my friends and it was a pretty tough decision that I had to make because of some stuff that had happened in the past. I really did not care.”

Ahead of the match all the talk was of Ireland’s ‘famous five’ but it was England’s Ashley Chesters and Jimmy Mullen that shone brightest for GB&I at Lytham.  A rock solid foursomes partnership delivered under pressure and set the foundation for a comprehensive team win. Mullen secured 4 points out of 4 whilst Chesters delivered 3.5 out of 4. 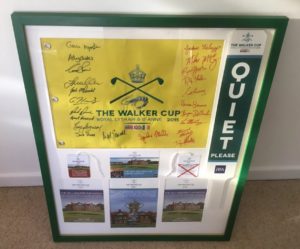 During the BBC coverage of the match Andrew Cotter and Peter Alliss discussed the origins of US captain John “Spider” Miller’s nickname. Cotter, knowing that Miller’s family were grocers and that young John enjoyed climbing the stores shelves, asked Alliss if he knew the origins of the Spider name. The witty Alliss, quick as a flash, said “Because he can’t get out of the bath?”