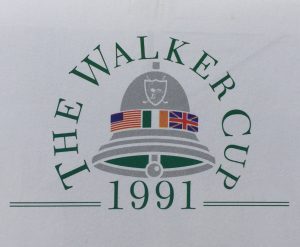 The centenary of the Golfing Union of Ireland triggered the decision to play the Walker Cup match on the outskirts of Dublin in 1991. It was the first time Ireland had staged the contest.

The interest of the golf mad Irish saw The R&A charge an entrance fee for the first time – 10 Punt (c.£11). It proved to be a sensible decision as, despite the live TV coverage, the calm, sunny conditions proved to be spectator friendly.

It was also the first time a home GB&I match had been played in September. The Amateur Championship at Ganton and Scarborough North Cliff G.C.’s was moved and played the following week to accommodate the touring U.S.A. team. A future Walker Cup star, Gary Wolstenholme (1995-2005 inc.), was the champion but missed out on selection due to the sequencing of the two events. The Amateur was again played in early September in 1992 before returning the following year to early June where it has stayed ever since.

George Macgregor captained GB&I for the first time whilst USA brought back Jim Gabrielson who had successfully captained their team in 1981, 10 years earlier.

Jim Stuart the reigning U.S. Mid-Amateur champion was not selected by the visitors. He would retain the title a few weeks later backing the U.S.A. as if to emphasise the oversight. 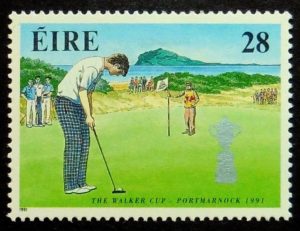