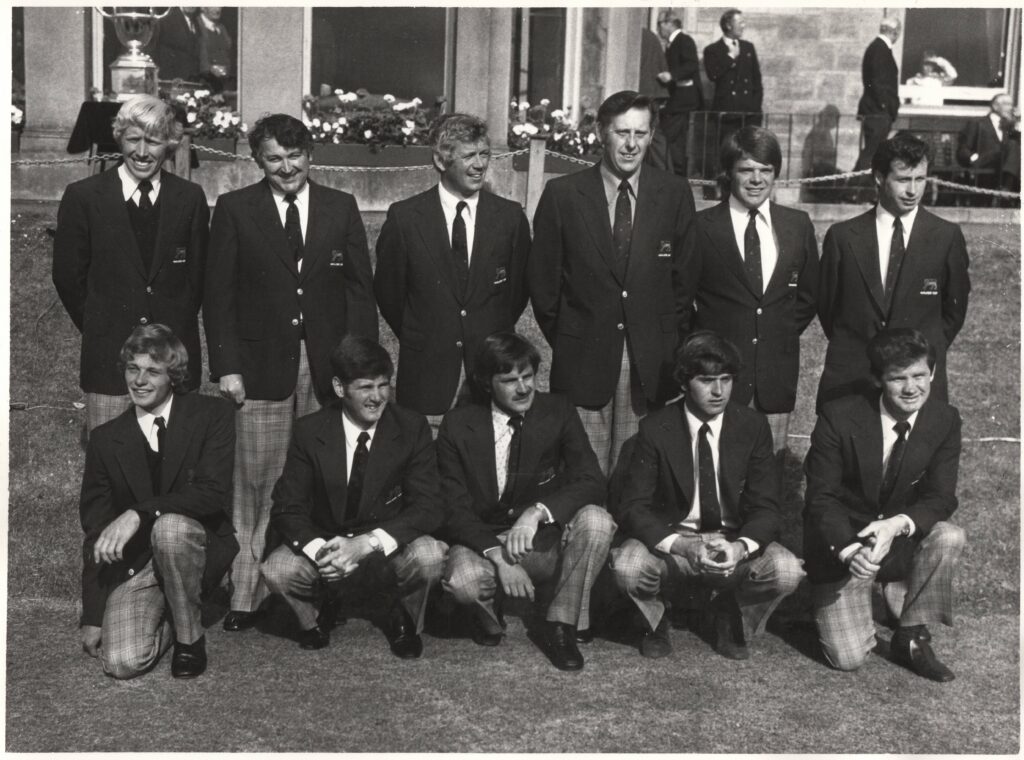 Peter Hedges was originally selected to play for GB&I on Day 1. However, he was hit by a revolving door at the team hotel and requiring stitches ended up being withdrawn from the first two series of games. Mark James successfully replaced him in the Foursomes.

The May date in 1975 meant Nick Faldo would miss out on playing in the Walker Cup for GB&I. He won a number of events that summer but his run came too late and soon after he would turn pro. He played in the 1977 Ryder Cup team.

The USA team was one of the strongest ever including Jay Haas, Jerry Pate, Craig Stadler and Curtis Strange who all went on to enjoy notable professional careers.

Jerry Pate, the 1974 U.S. Amateur champion and a member of the winning 1974 U.S.A. Eisenhower Trophy team, unusually for an American lost all four of his games. Pate struggled on the large greens throughout the competition

Bill Campbell played his final match aged 52, his Walker Cup career spanning an impressive 24 years and 18 games (W11 / L4 / H3). Campbell went on to be a President of the USGA and a Captain of The R&A – a rare double.

Leading the resistance was Mark James and Ian Hutcheon who won three and 2.5 points respectively for GB&I.

On Day 2 James and his foursomes partner Gordon Eyles went 1Up without having to play a shot. As Grace drove off the 1st Campbell was still practicing his putting on the adjacent green; the latter immediately reporting himself to the match referee.

During the match a District Nurse somehow found her way on to the Old Course in her car and ended up driving into a bunker. 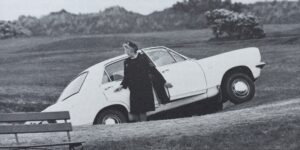