In 1921 an informal match took place at Royal Liverpool G.C. between a team representing Great Britain and a touring party from the United States of America here to play in the Amateur Championship. 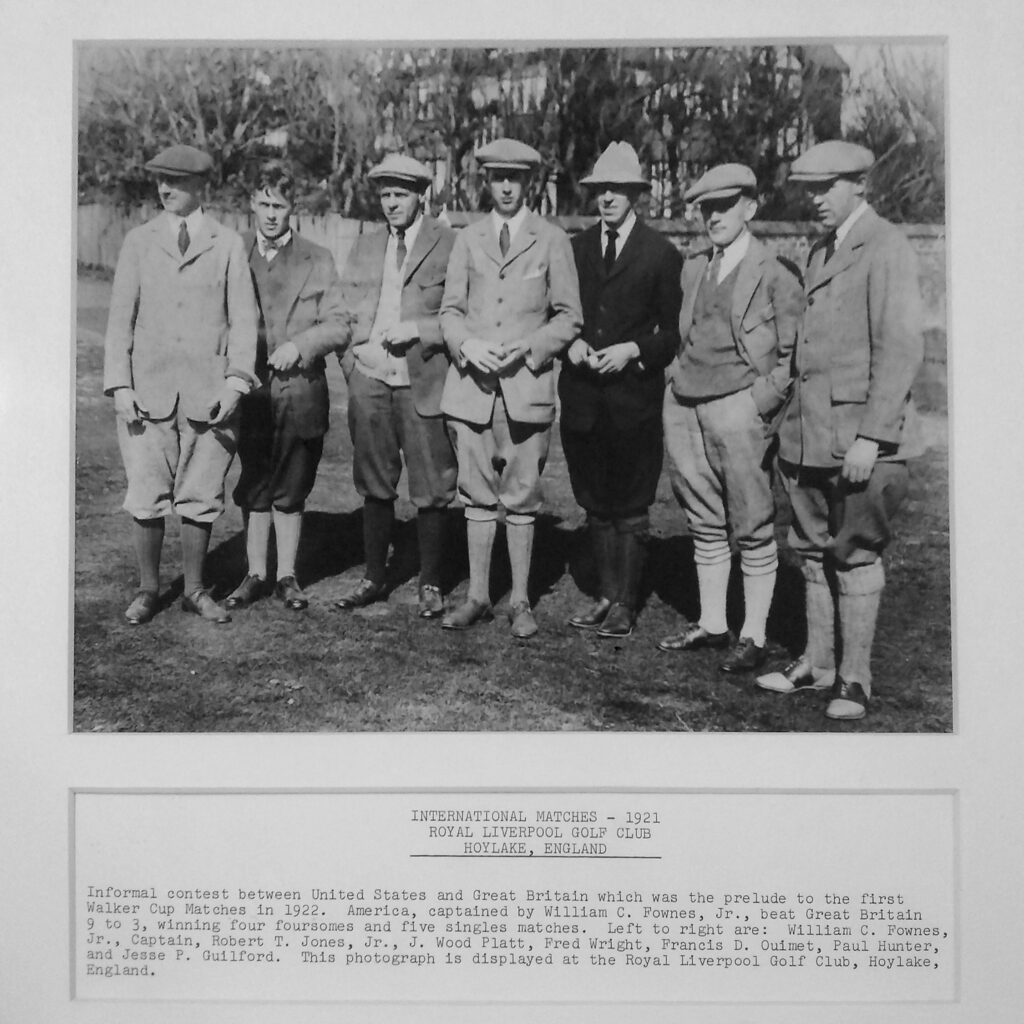 William C. Fownes Jr approached The R&A seeking their agreement to the contest. The R&A accepted the challenge and cancelled the Scotland v. England international match that had been due to be played, recommencing following the end of World War I.

In early 1921 George Walker, President of the USGA, had sent out an invitation to the golfing world seeking to arrange a new international contest. With little interest from other nations initially it was Fownes’ touring party and his suggestion of a challenge match later in the year which provided the impetus for what would became The Walker Cup the following year. 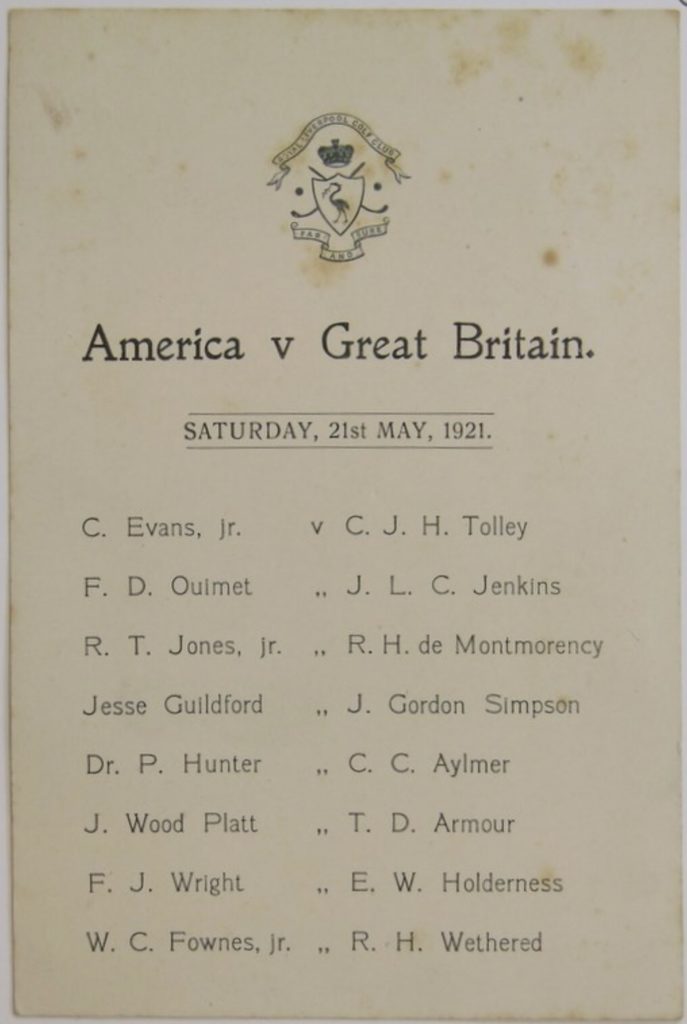 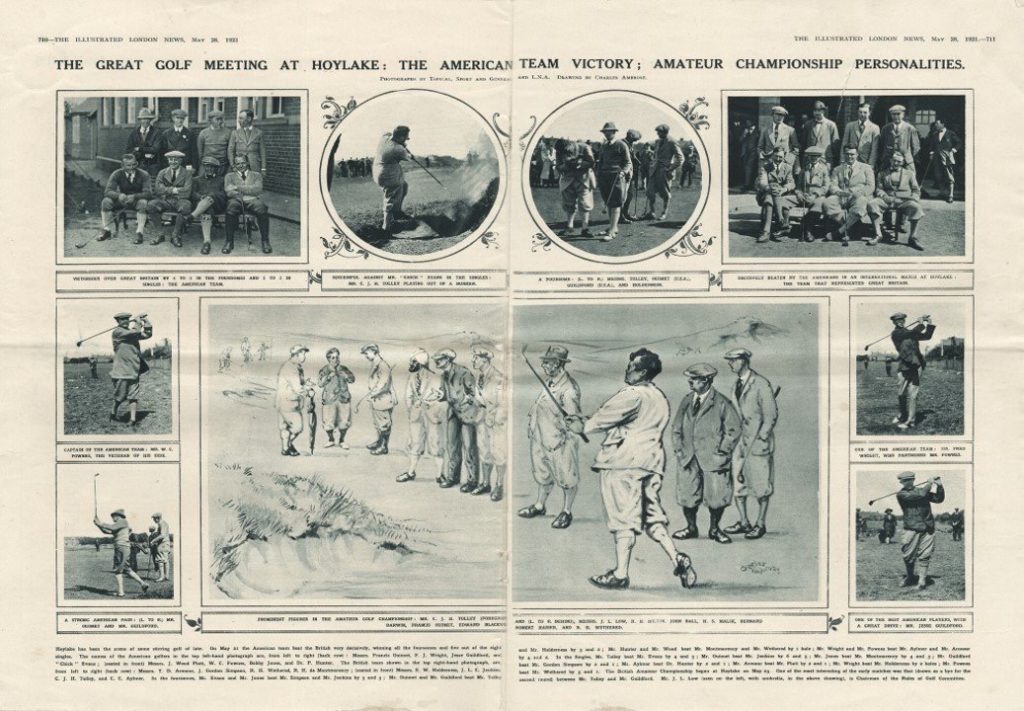