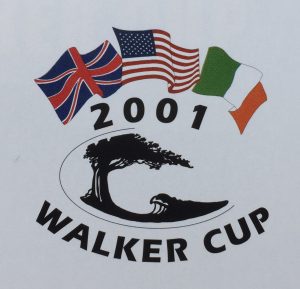 As Ocean Forest had only opened in 1995 the Sea Island Company and Jones family, who owned the Club, decided to stage a pre-Walker Cup tournament in the preceding January to test the course out. Donald Junior ‘D.J.’ Trahan won the first Jones Cup and went on to secure a place in the U.S. team. The Jones Cup was such a success it has continued to this day, played every January. It was played in alternate years until 2009 but since 2010 has become an annual fixture in the elite amateur golf calendar.

Ocean Forest staged the Walker Cup just six years after opening in 1995. It remains the youngest club to be afforded this honour, a record that is unlikely to be broken.

Michael Hoey, Graeme McDowell and Nick Dougherty were amongst the players introduced to the GB&I team with David Dixon, Barry Hume and Craig Watson considered unlucky to miss out based on their recent form. Northern Irish pair Hoey and McDowell contributed two points in a strong foursomes partnership.

Luke Donald (Northwestern), Jamie Elson (Augusta State), Hoey (Clemson) and McDowell (UAB) all played in the U.S. college system in the year of the match. 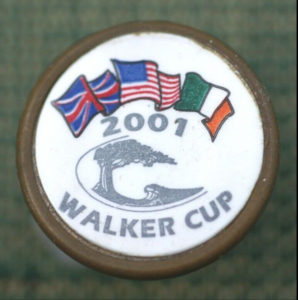 As he had done in 1999 Captain McEvoy chose to bench a player for both Day 2 formats. This time Nigel Edwards was the victim of McEvoy’s determination to win.

GB&I won the Walker Cup for the sixth time in 38 matches and retained it for the first time. Peter McEvoy, who enjoyed a less than stellar playing record, could certainly now lay claim to being our best captain.

The home nations moved to entering their own teams into the World Amateur Team Championship from 2002 rather than a combined GB&I one as had been the case between 1958 and 2000. Whilst this was partly put down to disagreements over the 2001 Walker Cup selection it must also be said that the decision could only have a positive impact on future GB&I teams. Why send four players when twelve can gain the top level experience in this event ?