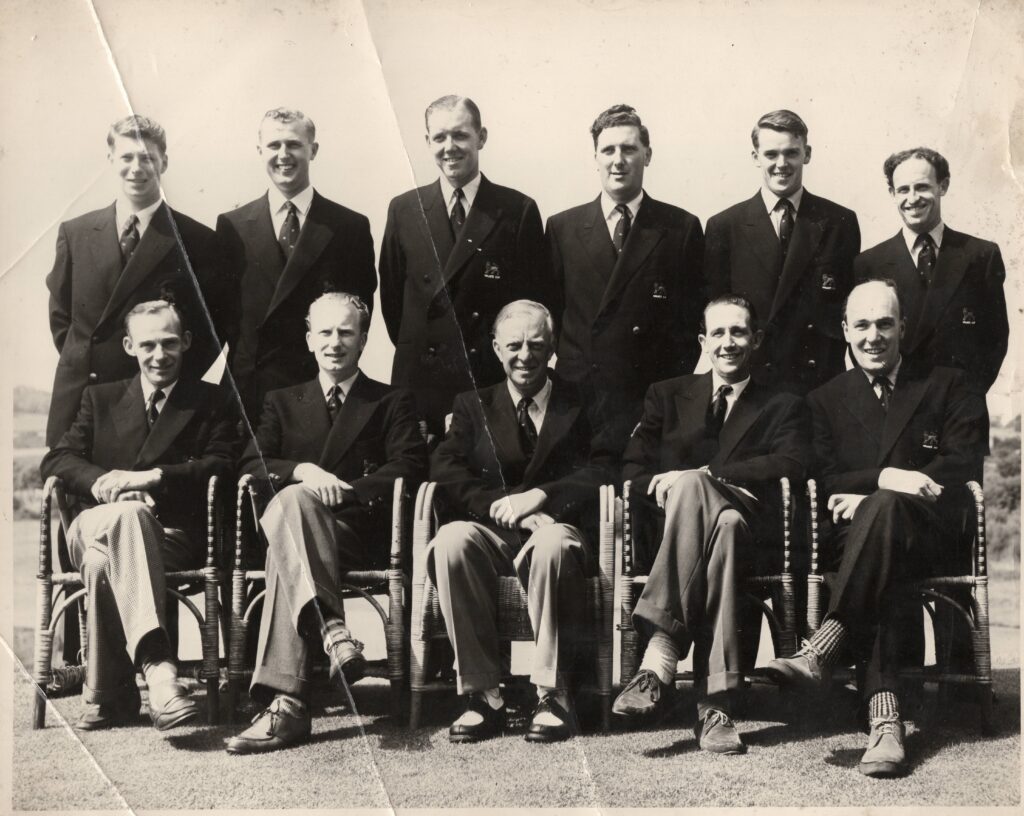 Doug Sewell, a Hook Heath Artisan member at Woking GC, was selected for the GB&I team. Artisans, in return for work done on the course, received restricted playing rights at clubs. Prior to the 1957 match, the team were invited to a practice session at Woking. Sewell cycled to the club only to find on the door of the artisan’s section a notice saying: “Course closed for artisan play to allow Walker Cup team to practice.” The club secretary decided that Sewell’s artisan status ruled him out rather than his Walker Cup status ruling him in and he went off by himself to practise on a nearby common.

A young Michael Bonallack was selected for the 1957 GB&I team but did not feature at The Minikahda Club. Journalist Pat Ward-Thomas considered this a mistake by captain Micklem arguing that Dr Frank Deighton, who “has rarely impressed as a probable winner on this level”, should have been dropped for Day 2.

Harvie Ward Jr was missing from the USA team due to his 1 year USGA suspension for receiving playing expenses from his employer Eddie Lowery.

The weather played a big part in this match. It was cold and rained heavily on the Day 1 Friday before giving way to temperatures in the mid-90’s and high humidity on Day 2. Over 6,000 spectators enjoyed the singles.

At lunch on Day 2 it appeared GB&I may pull off a famous away win. Reid Jack led William Patton 5Up, Joe Carr and Alan Thirlwell were All Square whilst lower down the order Alan Bussell and Guy Wolstenholme were both 1Up and Philip Scrutton just 1Down. However, at the end of play only Bussell and Wolstenholme were able to win their Singles.