Prior to travelling to the United States the 1949 GB&I Walker Cup team played two practice matches against a collection of leading amateurs and professionals. The competitive matches gave the Captain Laddie Lucas the opportunity to develop some team spirit and to experiment with his foursomes pairings.

The first, arranged by Raymond Oppenheimer, took place at Maidenhead and Temple GC’s on 23rd and 24th July.

Here are some photo’s from the Oppenheimer match programme: – 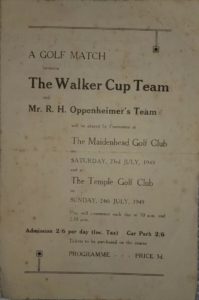 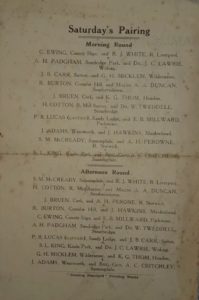 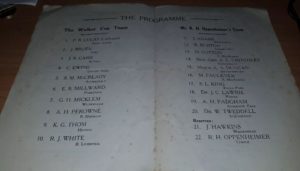 The second against a British PGA team at Royal Mid-Surrey G.C. on 26th and 27th July.

Laddie Lucas became a member of the British parliament in 1950 following a bye-election.

No Scotsman were included in the GB&I Walker Cup team for the first time; six Englishmen and four Irishmen making up the party. Lucas, who was known for his lack of self-confidence when it came to his golf, chose not to include himself in his line-ups. Lucas also chose not utilise his fellow Englishman ‘Bunny’ Millward.

In the post World War II austerity period we will forgive The R&A this breach of the amateur status rules. Free team suits from Moss Bros in response for some advertising presumably. 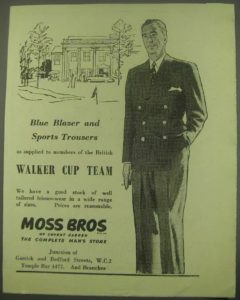 Charlie Coe started his successful Walker Cup career for the USA at Winged Foot in 1949.

Captain Francis Ouimet participated in his final Walker Cup match for USA. He had debuted as a player 27 years earlier.

Marvin (Bud) Ward who was U.S. Amateur champion in 1939 and 1941 and had played in the previous two teams was a notable omission. It was suggested at the time that the USGA felt they could no longer vouch for his amateur status.

The emergence of a number of full time amateurs from wealthy families and improvements in College team coaching started to see the USA pull further away from GB&I in golfing standards around this time. 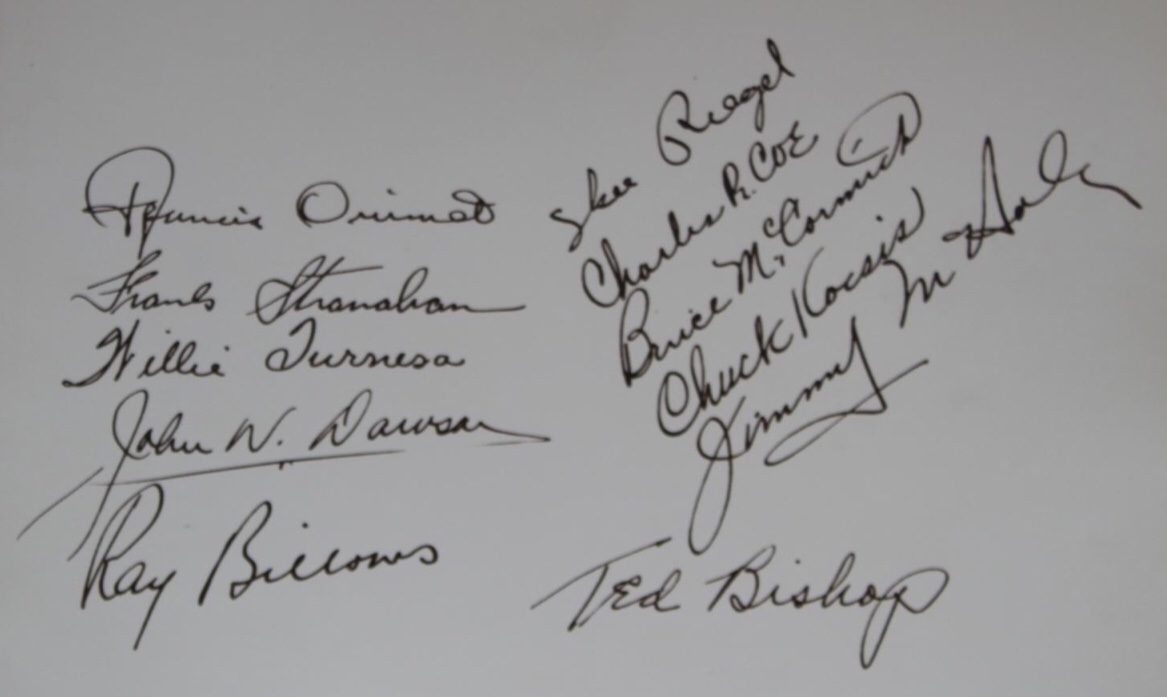