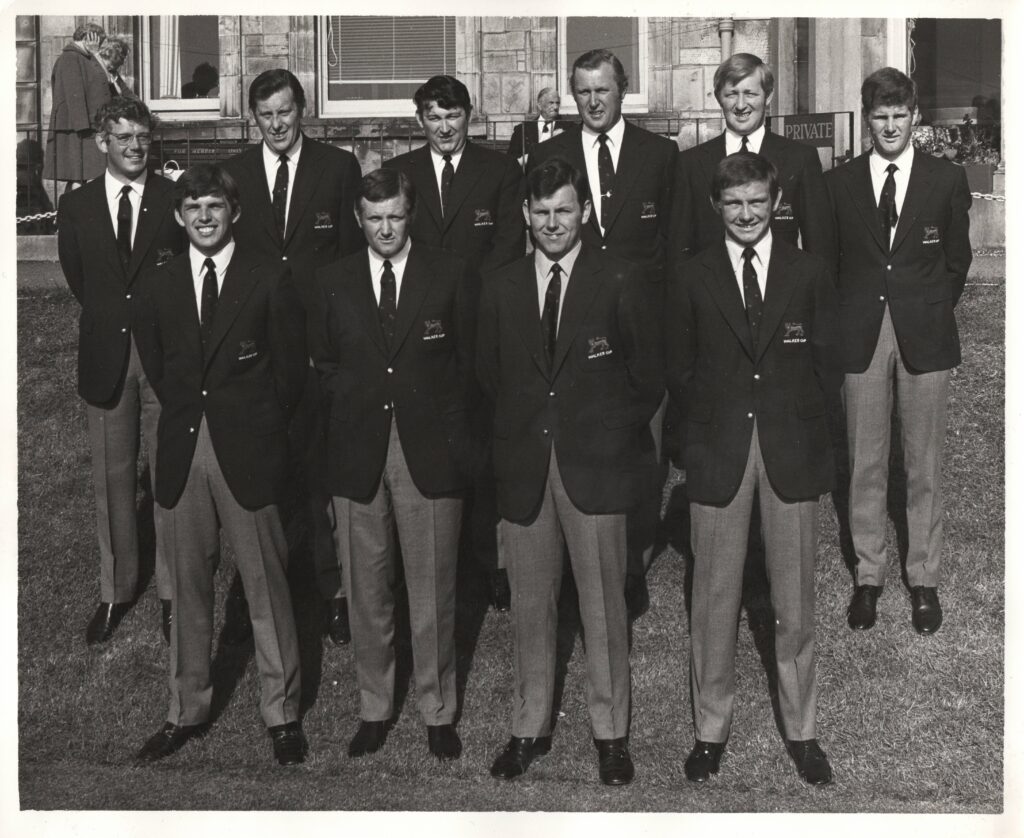 From 1971 halved games started to be counted towards the match score, with 0.5 points awarded to each side.

John Winters, a past president of the USGA in 1962 and 1963, became just the second non-Walker Cup playing captain for the USA team.

Lanny Wadkins and Tom Kite both played for the USA before turning pro and enjoying notable PGA Tour careers.

GB&I won the Day 1 (Wednesday) foursomes 4-0, the first time they had achieved an individual series whitewash. Unfortunately their advantage was completely wiped out in the afternoon singles with USA turning the tables and winning 6.5-1.5.

Bonallack’s disappointing Walker Cup record, even in this famous GB&I victory, was encapsulated in his Singles defeat to Vinny Giles on Day 1. 1Up with three to play he bunkered his approach to the 16th to lose his lead. He then lost the 17th when Giles thinned his fourth from the shale road, hit the flag halfway up before the ball dropped straight down into the hole. Bonallack missed his four footer for a half and was unable to salvage anything on the home hole.

Surprisingly Captain Bonallack’s response to his team’s historic foursomes performance on Day 1 was to change three of his four pairings for the Day 2 series. GB&I lost the second foursomes 1.5 – 2.5 falling two points behind their rivals heading into the singles.

GB&I won their second match and both were played on the Old Course at St. Andrews (1938 and 1971). David Marsh, after a memorable 3-iron to the 17th Road Hole, secured the all important winning point after George Macgregor had earlier ensured the half.

In 1971 Joe Carr, who had played in nine previous matches and captained GB&I in two more, all with out victory saw his son Roddy Carr play on a winning team, scoring an impressive 3.5 points in the process.

Scotland’s Hugh Stuart is also worthy of praise. He won all three of his games for GB&I including a critical singles win against the formidable Vinny Giles on Day 2.

This was a tight match. Of the 24 games contested only one ended before the 16th green with 13 going the full distance.

All of the 1938 GB&I side were present at St. Andrews to celebrate the 33rd anniversary of their win. Indeed two members, Cecil Ewing and Frank Pennink, were GB&I team selectors in 1971.

GB&I celebrations went on long into the night in St. Andrews. At about 3.00pm a number of the players went out onto the links to replay some of their shots. David Marsh ended up falling into the Swilcan Burn and Rodney Foster got lost returning to the private home he was staying in. Foster ended up trying another door and spending the night in a completely different house.

The covers of Golf World magazine in May and July 1971 highlight just how much a shock this win for GB&I was. There is a certain irony here as Golf World’s instruction contributor at the time was John Jacobs who was also the official coach to the successful GB&I Walker Cup team. 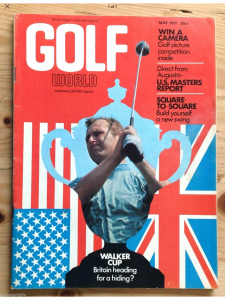 Golf World May 1971 – Walker Cup: Britain Heading For A Hiding ? 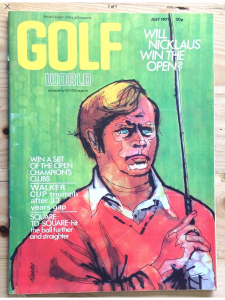 Steve Melnyk beat his USA team-mate Jim Simons in the final of the Amateur Championship at Carnoustie the week after the match.