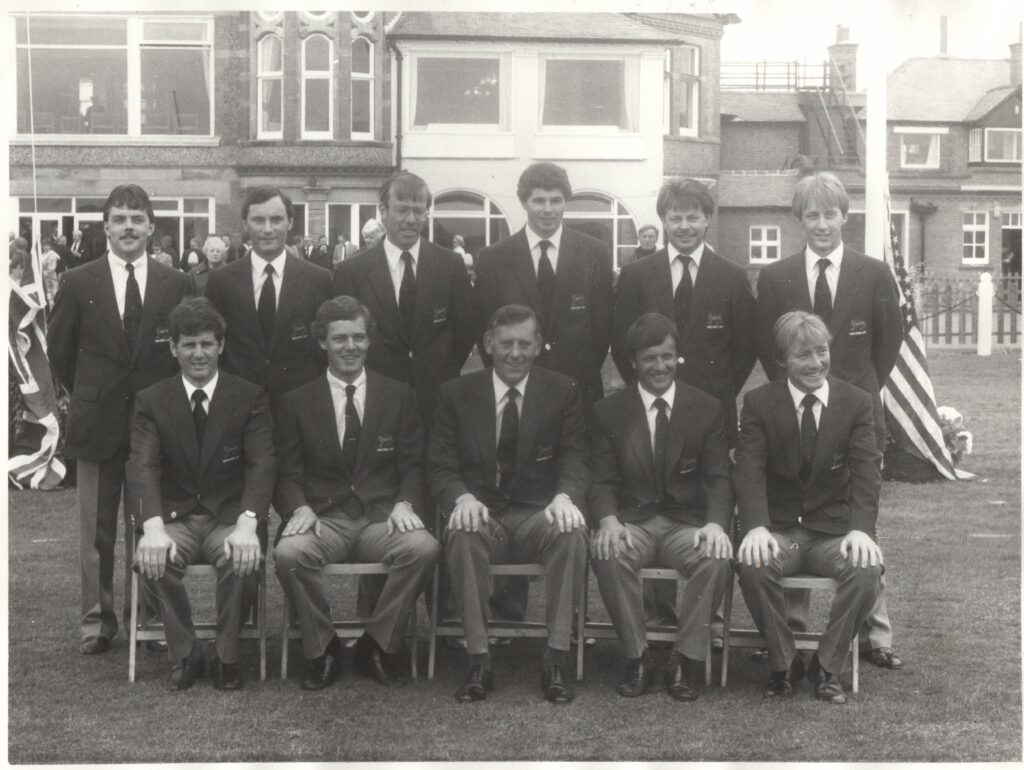 Given it’s key role in the history of both amateur golf and the Walker Cup it was a surprise it took until 1983 for Royal Liverpool G.C. to be given the honour of hosting the match.

As would be the case in 2019, when the match was again played at Hoylake, the result turned on the Day 2 Singles which USA dominated to ultimately secure a comfortable win.

In 1983 USA took control early on and by the turn were up in six, all-square in one and down in the other. Only Philip Walton and Andrew Oldcorn were victorious for the home team in these final Singles games.

Oldcorn, who had won the previous year’s English Amateur Championship at Royal Liverpool, was unbeaten for GB&I picking up a maximum four points.

Walton, playing in the opening game of each series, secured 3.5 points. His win over Willie Wood was particularly sweet as Wood was an Oklahoma State University golf teammate of his and he cam back from 2Down with six to play.

Carnoustie’s Lindsay Mann won 2.5 points. His final 0.5 point was certainly well earned – he was 5Down with eight holes to play in his Sunday Singles against Dave Tentis.

Brad Faxon and Bob Lewis Jr led the USA team with 3 points out of the four available to them.

Nathanial Crosby played for USA and would return to Hoylake in 2019 as the team’s captain.