After a gap of eight years due to World War II the match was reinstated in 1947. With The R&A unable to fund an overseas trip at this time the USGA kindly agreed to play at St. Andrews again. The Old Course had hosted the previous match in 1938.

Dr. Cary Middlecoff was originally selected for USA but withdrew within a week of the announcement having decided to turn professional. His place was taken by first reserve George Hamer. Hamer was subsequently not selected by Ouimet in either the Foursomes or Singles.

Maurice McCarthy and Robert Sweeny Jr, who was runner-up to Jimmy Bruen in the 1946 Amateur Championship, were the two other alternates for the USA team for this match.

Frank Stranahan, one of the greats of amateur golf, made his first appearance in the 1947 St. Andrews match. 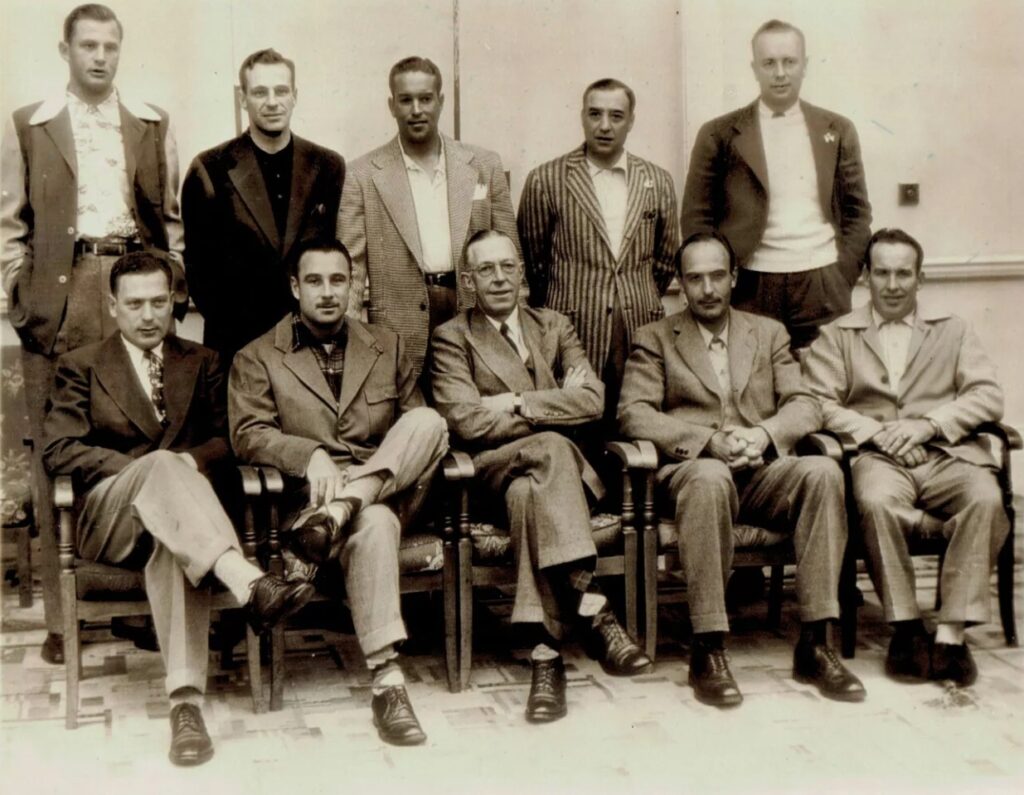 The only national competition which was played in Great Britain ahead of the 1947 match was the English Championship. With the Amateur Championship at Carnoustie being played after the Walker Cup the selectors had little current form to go on.

John Beck returned as non-playing captain. He had rightly been given some credit for GB&I’s 1938 victory with his pairings and singles order working out well.

After their success in 1938 a series of trials were arranged at St. Andrews the week before the match. 36 holes were played on both Thursday 8th and Friday 9th before a final trial, involving 25 players in 36 hole singles games, was held on Saturday 10th May. The results were as follows (players selected in bold): –

Joe Carr, Gerald Micklem and Ronnie White all made their debuts and all went on to make an important contribution to the history of the match.

Hamilton McInally, Scottish Amateur champion in 1937 and 1939 (and 1947 later in the summer), and Flight Lieutenant Max McCready were announced as the GB&I Reserves.

From the above final trial results one can deduct that Max McCready, Dick Bell and Kenneth Thom played their way out of the team whilst McInally earned his Reserve spot.

Jimmy Bruen, GB&I’s star player and the 1946 Amateur Champion, had earlier ruled himself out of contention for this match with a wrist injury picked up in March whilst hitting practice balls from plugged lies.

USA player Willie Turnesa won the 1947 Amateur championship played the following week at Carnoustie. Due to the Walker Cup trials and subsequent match GB&I’s leading amateurs, Joe Carr and Ronnie White, were unable to enter having exhausted their annual leave.

Upon their return to America Willie Turnesa and his fellow members of the winning American Walker Cup team were afforded a ticker tape parade in New York City on 9th June 1947.