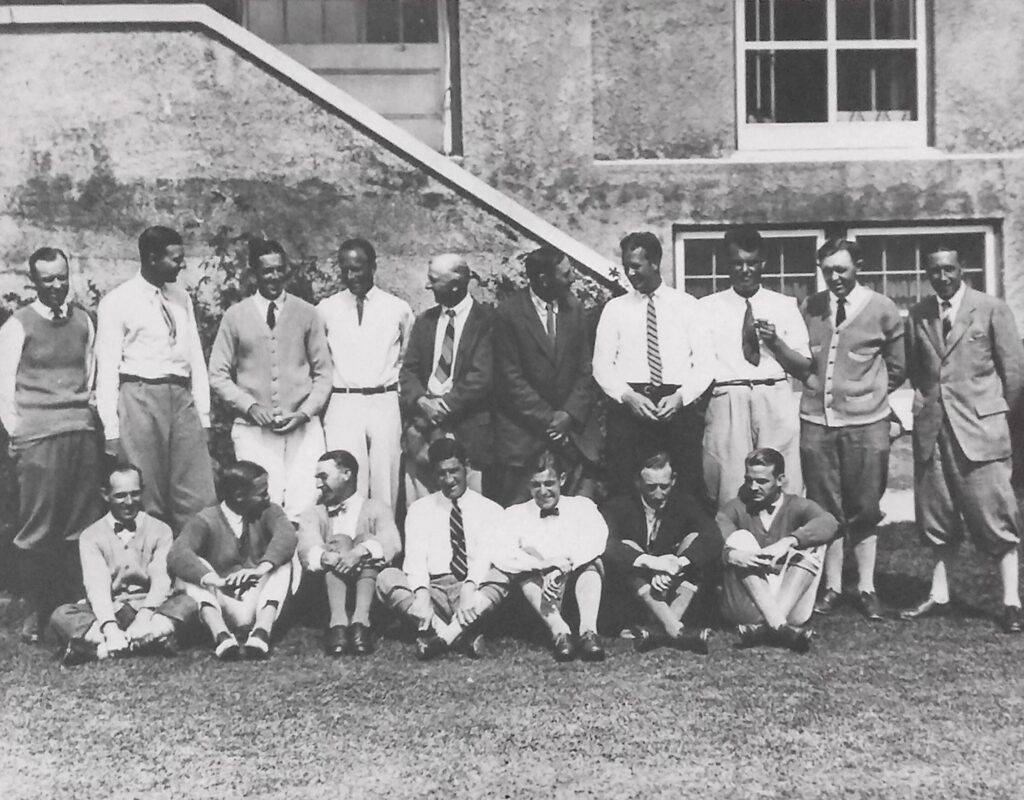 Given the costs of travelling across the Atlantic matches were originally scheduled adjacent to the Amateur and U.S. Amateur Championships.

The R&A sought funds from British golf clubs to fund the team’s trip to Long Island in 1922. In the end 166 clubs and several individuals donated £973 towards the c.£1,600 total cost.

GB&I’s nominated reserve was 45 year old Bernard Darwin. He had reached the semi-final of the 1921 Amateur Championship and was travelling as the golf correspondent of The Times. On the voyage over playing captain Robert Harris fell ill and Darwin was called upon both as a player and stand-in captain. To his credit Darwin won his Day 2 Singles game against USA’s captain William Fownes Jr.

The final Singles game in 1922 between Jess Sweetser and Chubby Hooman is the only one in the history of the Walker Cup to go to extra holes. With no officials still on the course, the match having already been won by the USA, the two players decided to carry on. Hooman won on the first extra hole after Sweetser, going for the green on what was then a short par 4, drove out of bounds.

The remoteness of Southampton in the 1920s and heavy rain preceding the contest led to a modest attendance with Jess Sweetser later estimating a figure of “no more than 2,000”.

The adoption of permanent homes for the Walker Cup matches was briefly considered by the USGA and The R&A at the outset – The National Golf Links of America in USA and The Old Course, St. Andrews for Great Britain. Thankfully it was ultimately decided to move the match around the respective countries.

Before it was christened the ‘Walker Cup’ the contest was initially called the ‘British-American International Team Match’ as can be seen on these player mementos handed out by The National Golf Links of America.