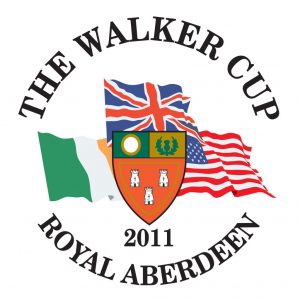 The decision to stage the 2011 Walker Cup on the Balgownie Links at Royal Aberdeen G.C. was announced in May 2006. The course staged the Senior British Open Championship in 2005.

Having played as recently as 2007 Nigel Edwards took over the GB&I captaincy duties just a few years later.

It is often said that GB&I have an advantage in Foursomes as it is played more frequently over here. Whilst this claim doesn’t always stand up to scrutiny it certainly did at Royal Aberdeen. GB&I’s victory was due to their dominance in this format. They won the two series of Foursomes 6.5 – 1.5 with USA only managing one win in the eight games contested.

This was GB&I’s fourth win out of the last five Walker Cup’s played at home confirming the growing competitiveness of the match. It also broke a run of three consecutive wins for USA.

GB&I were a little lucky to escape a rules infringement during the Day 1 Foursomes. Jack Senior’s use of his brother Joe, a professional golfer, was in breach of the competition rules. If it had been identified during the game Senior and his partner Andy Sullivan would have been penalised up to two holes. As the matter came to light after their 2&1 win and apparently discussed with The R&A beforehand and agreed the result was allowed to stand.

17 year old Welshman Rhys Pugh won all three of his games including two against World #1 Patrick Cantlay and another against the recent U.S. Amateur champion Kelly Kraft. Paul Cutler won three and halved one of his games to make an equally important contribution. 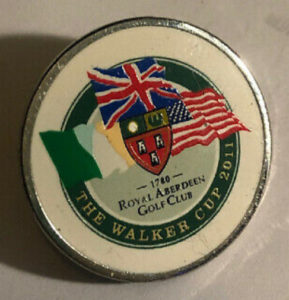 Steven Brown played his way on to the team through his performances in 2011 most noticeably through his win at the English Amateur.

Unusually the USGA appointed their 2011 captain Jim Holtgrieve in December 2008, a full 2.5 years before the match and also prior to the 2009 contest.

John Peterson, who had won the 2011 Jones Cup and NCAA Division I individual competition, was a notable absentee from the final USGA selection.

USA were strong favourites going into the match boasting five of the top 6 players in the WAGR in their line up. These were Patrick Cantley #1, Jordan Spieth #2, Patrick Rodgers #3, Peter Uihlein #4 and Harris English #6.