Gordon Simmonds is the official biographer of The Walker Cup.

To date two limited hardback editions of his definitive history of the match have been published, the first in 2000 and the second in 2004.

It is my understanding that a Centenary Edition will be published in 2022 by The R&A which will include up to date statistics and reports for the subsequent matches played between 2005 to 2021. 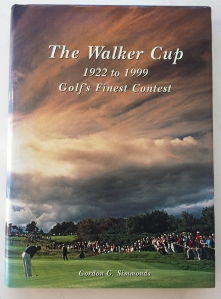 A limited edition version of ‘The Walker Cup’ book was produced for the 2007 GB&I team at Royal County Down G.C. 26 numbered copies and 6 unnumbered copies were printed. This version included photographs of the players and course by David Cannon as well as letters of support from former players and other leading figures in business and sport. 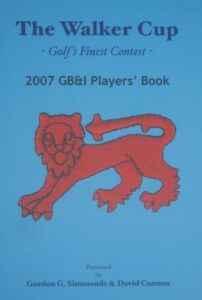 Earlier histories of the match have also been written.

This 16 page self-published paper by J.S.F. Morrison, written in August 1938, tells the story of matches between the two countries between 1916 and 1921. 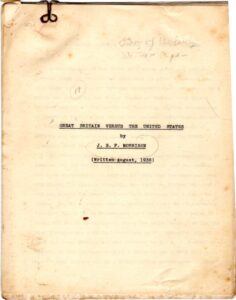 McCormick put this book together to cover his participation in the 1949 match played at Winged Foot on 19-20 August. It includes black and white photos by Alex Bremner and signatures of all the players. The USA won 10-2, albeit McCormick only played in the Day 1 Foursomes. 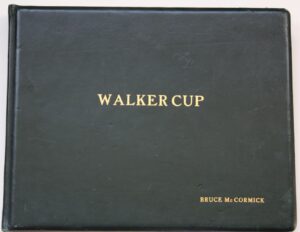 More recently Ocean Forest G.C. produced a book to commemorate their course, which had only opened in 1995, and its staging of the 2001 Walker Cup match. 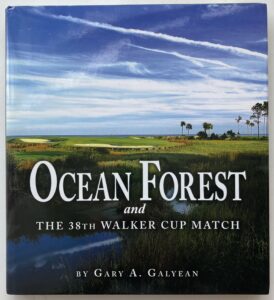 Copies of the above books, as well as match programmes, can normally be found for sale on AbeBooks or via specialist golf retailers Fine Golf Books or Valuable Book Group.