Over the last month touring English, Irish and Scottish players have all competed in a series of major events in South Africa.

Before these Championships Liam JOHNSTON (SCO) and Robin DAWSON (IRE) were on the periphery of the Walker Cup picture. Indeed neither was included in the initial Walker Cup Squad announced on 23rd January 2017. I think we can safely say that both are now firmly in the selector’s thoughts.

Liam JOHNSTON had a superb tour. Demonstrating good consistency he finished tied 5th (-6) in the South African Stroke Play at Kingswood, 26th (-1) at the Cape Province Open, reached the quarter finals of the South African Amateur at Homewood before winning the African Amateur Stroke Play (-8) at the stunning Leopard Creek CC. As a result of these performances he deservedly moved from 135th in the SPWAR at the start of February to 35th. He is the 6th highest ranked GB&I player at the time of writing. 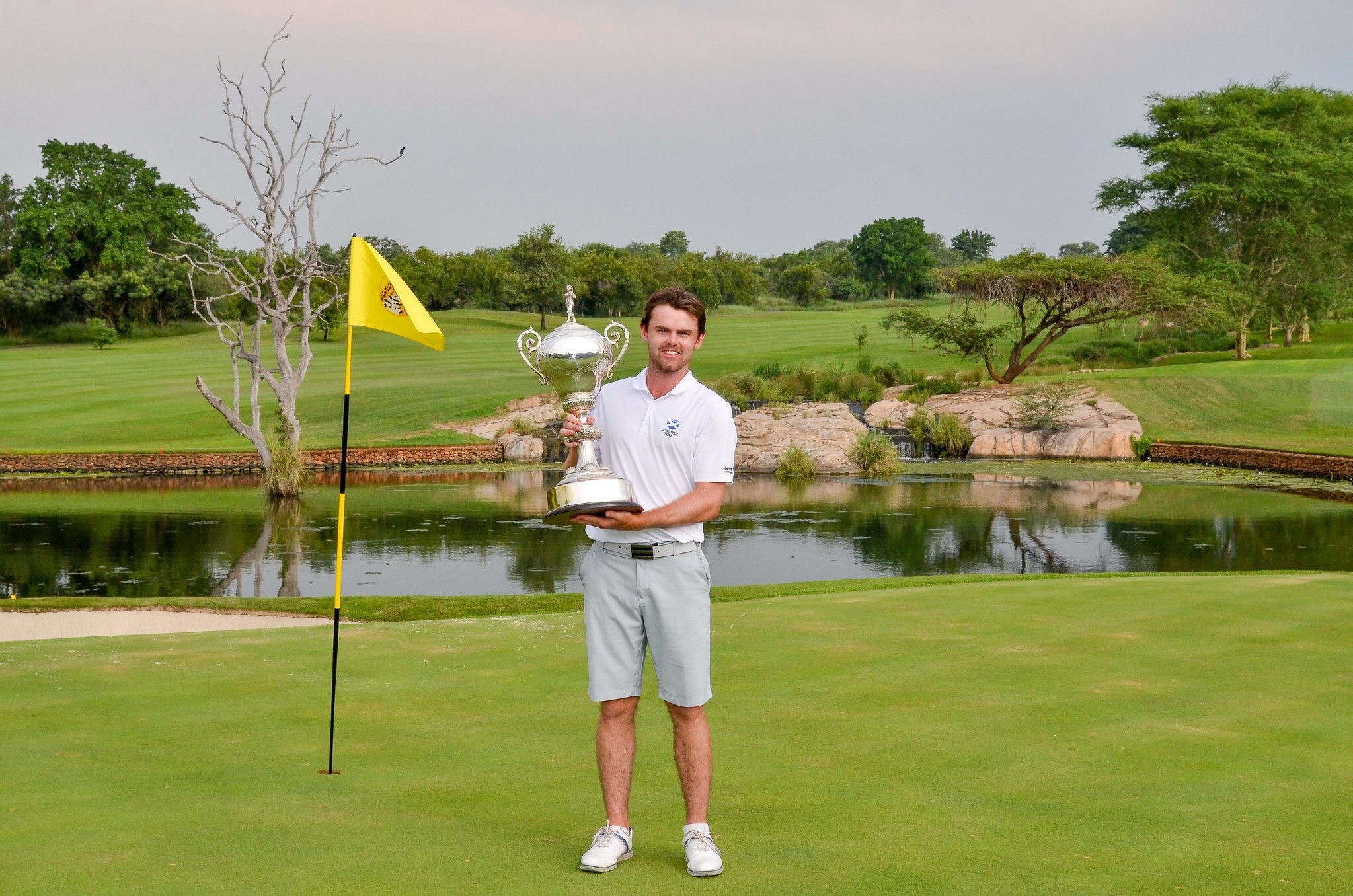 The Irish party had a shorter itinerary playing in just the South African Stroke Play and the Cape Province Open (CPO). This didn’t stop Robin DAWSON from excelling, finishing 2nd in both of these events. He shot -9 in the former and -10 in the latter, clearly taking a liking to the courses at Kingswood GE and George GC. Robin started the tour in 182nd place in the SPWAR but today sits in an impressive 55th (he was 47th immediately after the CPO). He is 8th in the GB&I list which continues to be led by Sam HORSFIELD (ENG), who will be turning Pro before the Walker Cup.

In the light of Dawson’s heroics it is easy to overlook how well Alex GLEESON (IRE) also played in South Africa. He finished tied 11th (-2) in the South African Stroke Play and tied 4th (-9) in the Cape Province Open. He now sits 95th in the SPWAR (13th in the GB&I list) and looks good value for his inclusion in the Initial Walker Cup Squad.

Connor SYME (SCO) played in his first events of 2017 in South Africa. He firstly missed the cut by 1-shot at the Joburg Open on the European Tour but no doubt took heart from solid rounds of 71 and 69 (-3). He then played very well this week in the African Amateur, ultimately having to settle for 2nd place behind his compatriot Johnston on -7. I think we can safely say it is going to take a dramatic downturn in form over the next 6 months for Connor not to be a part of GB&I’s 2017 Walker Cup team.

In what was generally a disappointing trip for the official three man England team Dan BROWN (ENG), who was selected for the Initial Walker Cup Squad, shone brightest. He finished tied 3rd on -8 at the South African Stroke Play and tied 1st in the South African Amateur Qualifying. It took four play-off holes for home player Chris Woollam to wrestle the Proudfoot Trophy from him. Unfortunately Brown could progress no further than Round 2 in the match play stage.

Gloucestershire’s Joe LONG (ENG), who had made his own way out to South Africa, deserves a mention in despatches too. After a slow start he really found his feet in the last two events. At the South African Amateur he reached the match play quarter finals losing 1 Down to Andre Van Heerden Jr (RSA). Alongside star man Johnston this was the best performance by any GB&I player in the Championship. He then finished 14th (+2) in the African Amateur Stroke Play yesterday. However, that doesn’t tell the full story as Joe, having played the front nine in level par, was right in the mix on -6 with just 7 holes to go. Unfortunately he played them in +8 despite birdies on 14 and 18. I guess you don’t always get what you deserve in golf but hopefully he will learn from this experience and continue to feature back home this summer.

Scottish Golf always travel in numbers for the South African events helped by good sponsorship and in particular the support of billionaire businessman Johann Rupert. This gives their players the opportunity to lay down some early season markers. This year they have certainly taken their chances with Connor SYME, Liam JOHNSTON, Craig HOWIE and Craig ROSS all doing well and now strongly placed for a Walker Cup push. When you add Robert MACINTYRE, Sandy SCOTT, Calum FYFE, Ryan LUMSDEN, Jamie STEWART and Barry HUME to the mix it’s not difficult to see which country is likely to take the majority of places in our 2017 Walker Cup team.