All of the signals suggest that the 2021 Walker Cup may shortly be postponed.

The COVID-19 pandemic is the primary reason why the match should not take place in early May. The United Kingdom and Ireland have been badly impacted. Golf is currently banned in all home countries except for Scotland with widespread travel restrictions and quarantining in place. Whilst a roadmap to an easing of these controls is due to be announced by the UK Government next week this is not expected to deliver a quick fix. A gradual easing of health and safety measures over the next 4-6 months seems to be the plan.

Reflecting the above The R&A today announced that the Men’s Home Internationals would not now be played between 14-16 April 2021 at Royal Dornoch in Scotland due to the pandemic. You will recall this competition had been brought forward in December from its original September date to assist the Great Britain and Ireland (GB&I) selectors in choosing a Walker Cup team.

Some leading GB&I amateurs have struggled to find regular practice – let alone playing – opportunities since last summer given the UK lockdowns and travel issues with regard to the normal winter haunts of Australia, South Africa and USA. It now seems unlikely that any competitive golf will take place in GB&I until June 2021. It will also be interesting to see how many of the current 27 GB&I entrants to the forthcoming Spanish International Amateur make the 1st tee on 3rd March.

The selection of a proper GB&I team in April is compromised in my opinion. Yes, The R&A could select one for a May match at Seminole but would it be fair to all of the players currently competing for a spot to do so.

Last week I wrote about Davis THOMPSON, Ricky CASTILLO and John PAK all being selected for the USA Walker Cup team as the three highest ranked USA players in the World Amateur Golf Ranking (WAGR) released on the 10th February 2021. The USGA announced this preliminary selection criteria on 21st December 2020 but have subsequently been unusually silent in formally confirming these names. I interpret this as evidence that a decision to proceed in May is still being considered carefully by both parties. 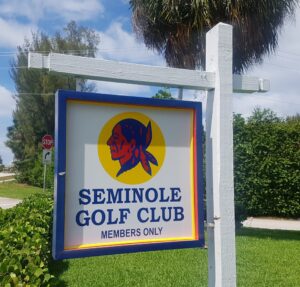 The Walker Cup needs family, friends and fans to make it what it is. With travel from Europe likely to be very difficult until later in the summer this will not be straight forward for away supporters in May. It should not be played behind closed doors and with no tickets having gone on sale yet this seems to be an option being considered. A match with just the players and captains on site – perhaps with some home fans too – hardly seems worth playing to me.

There is no material commercial television and sponsorship considerations to hamper a deferment; something which has driven the continuation of the U.S. Open, The Open Championship and PGA or European Tour events in 2020/21.

Golf at Seminole is seasonal with play commencing in late October and ending in mid-May. Therefore if the USGA wish to keep the match in Juno Beach, Florida it seems sensible to reschedule it for October as soon as the course re-opens. A move to another venue in August or September is an option if October is considered too late.

Amateur golf fans in USA may not understand a postponement given that college and professional golf is being played with some fans able to attend. However, the situation in GB&I is not the same. I understand that some players on both sides may not choose to wait for an Autumn date but on balance I believe we’ve now reached the point where we need to buy ourselves some more time. A date broadly in line with the now traditional September one is not a disaster if it means a normal match for both sides can be played.