In line with the USGA’s announcement on 21st December 2020 they therefore received automatic exemptions onto the 2021 USA Walker Cup team. 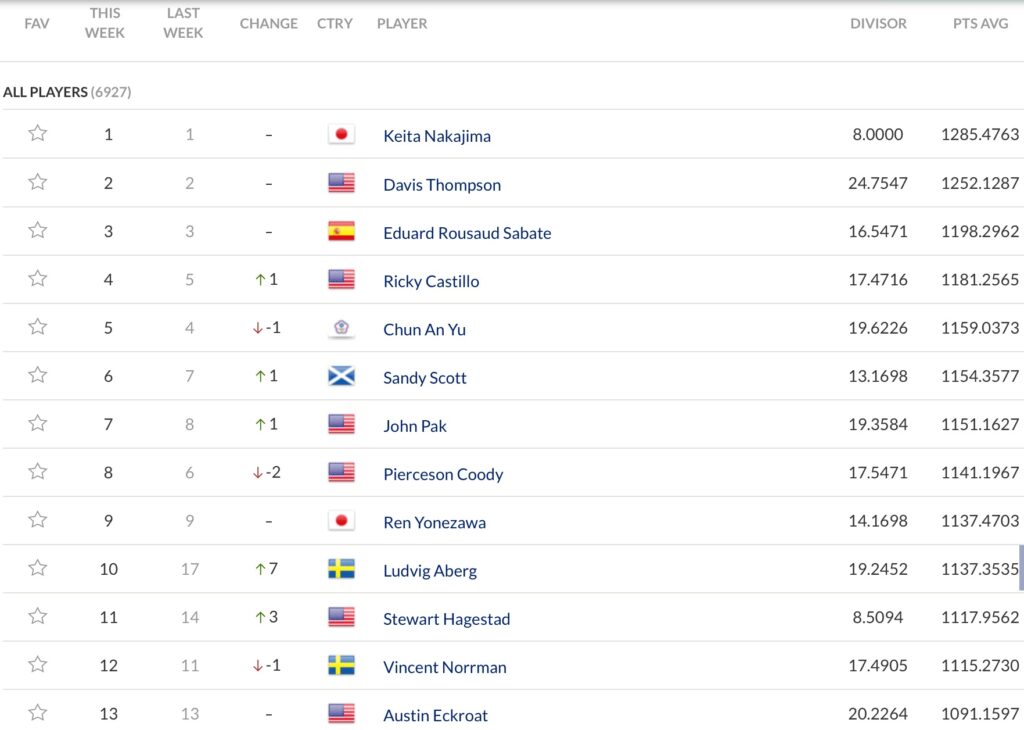 Pierceson COODY #8, who has been swapping third place with Pak in recent months, dropped out of the USA top three with the finishing line in sight. As is sometimes the way with WAGR it appears he was penalised for playing in last week’s Jones Cup Invitational which Castillo and Pak both missed. Coody should not worry overly as he is very likely to be selected by the USGA when the remaining places are confirmed.

Stewart HAGESTAD is as close to a certainty as there can be to make his third successive appearance in the match, once again picking up the mid-amateur berth. Hagestad reached the Quarter Finals of the U.S. Amateur in Oregon and finished a creditable tied 11th in last week’s Jones Cup Invitational. No one can question his status as the USA’s No. 1 mid-amateur.

In addition to Pierceson COODY I am confident that Cole HAMMER, Austin ECKROAT and Quade CUMMINS will also be selected based on their recent performances.

The remaining spot is a little harder to determine at this stage with William HOLCOMB, Mac MEISSNER, William MOUW, David PERKINS, Garrett REBAND seeming to have the strongest cases. All accept Holcomb were in the USGA’s original practice squad.

If Hagestad and Hammer do get the nod to join Pak then that will mean USA will have an unusually high three players returning from the last match.

Captain Nathanial Crosby suggested at the Jones Cup Invitational last weekend that a full team announcement may surprisingly be made by the end of February so it seems we won’t have long to wait for the final USA team.