So little time,
Try to understand that I’m,
Trying to make a move just to stay in the game,
I try to stay awake and remember my name,
But everybody’s changing and I don’t feel the same.

It’s been all change in the Great Britain & Ireland (GB&I) amateur game since the 46th Walker Cup match finished a month ago.

Of course each Walker Cup seems to mark the end of a mini-era with both those players selected and those overlooked looking to move on with their golfing careers.

However, the number of players turning professional in recent weeks feels much higher than normal with elite amateur golf in GB&I decimated.

We have already lost 7 of the 10 members of our Walker Cup team to the professional ranks: –

Of the remaining three players Paul MCBRIDE (IRE) and Harry ELLIS (ENG) have entered their Senior years at Wake Forest and Florida State respectively, whilst Matthew JORDAN (ENG) has resisted the temptation to jump to date. Could he have his sights set on a home Walker Cup appearance at Royal Liverpool in 2019 ? Wishful thinking on my part perhaps. 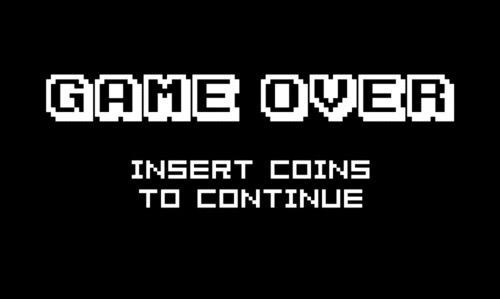 However, it is the number of other Internationals that have turned professional that makes the last few weeks so exceptional. Here’s a selection of names for you: –

The exodus may not be over either.

Amateurs JR GALBRAITH (IRE)*, Josh HILLEARD (ENG) and Craig HOWIE (SCO) have all progressed to the Second Qualifying Stage of the European Tour’s Q-School series. Chris MACLEAN (SCO) is also this week out in Germany testing his game in the ProGolf Tour Q-School.

Whilst it’s sad to see all of these players move out of the amateur game I of course wish them all the best with their future careers. It will be interesting to see which ones survive and prosper in the coming years. Whatever happens I hope they can at least enjoy some of the journey.

Certainly playing in The Walker Cup is no guarantee of success in the professional golfing world. To date Paul DUNNE (who turned Pro in September 2015), Jordan SMITH (October 2014), Matthew FITZPATRICK (June 2014) and to a lesser degree Ashley CHESTERS (September 2015) and Callum SHINKWIN (September 2013) are the only players from the 2013 and 2015 Walker Cups to have made a notable transition. There is still time for some of the others to come through. A lot of very good elite amateurs have fallen by the way side, either unable to make the step up in play and / or get to grips with the demanding life of a touring pro.

Scotland’s Connor SYME leads the way for the 2017 crop at the moment with a tied 12th finish at the Portuguese Masters on debut and a tied 15th at the Alfred Dunhill Links Championship last weekend. Earnings of €79,435 from two events has to be viewed as a dream start to his professional career.

One thing’s for sure, as day follows night, the next generation of young amateur golfers will soon appear. It will be interesting to see which players take the opportunity to step forward and fill the current void in 2018.

One thought on “82. Everybody’s Changing And I Don’t Feel The Same”