The St. Andrews Trophy is played biennially in alternate years to the Walker Cup and like it’s ‘big brother’ consists of match play foursomes and singles games contested over two days in a team format.

Due to the COVID-19 pandemic the 2020 match was cancelled with Royal Porthcawl G.C deferring it’s hosting until July 2024.

Whilst all GB&I team victories should be valued and enjoyed it is important to put this one in context. Sadly the European Golf Association again struggled to attract their very best players to the match and therefore the opposition was far from top draw. None of this year’s team were in the SPWAR’s Continent of Europe top 10 and surprisingly just four were in the current top 30. 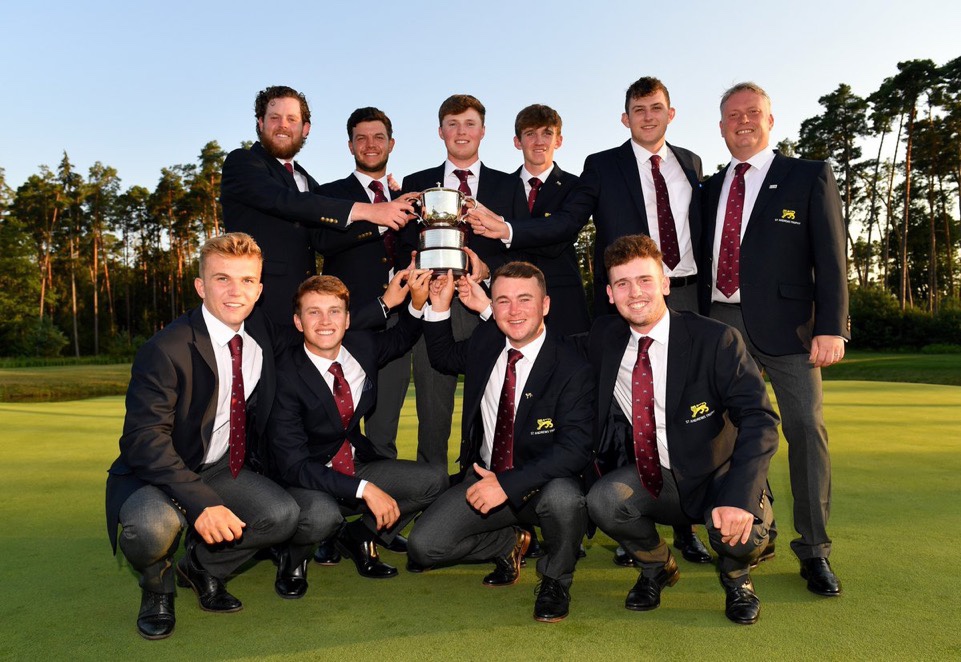 With just over 400 days to go until the next Walker Cup this gives players – and interested observers – a strong indication of where they stand and how the potential GB&I team is shaping up.

Here is a list of the selected players, their current Scratch Players World Amateur Ranking (SPWAR) and their GB&I regional position in this ranking.

There were again no surprises in the selection and I would have picked the same nine players myself.

Captain Wilson’s foursomes pairings were a little surprising on both days as he chose to mix up the nations. The GB&I norm is for players from the same country to play together. John Gough (ENG) played with Rob Moran (IRL) on Day 1 and then Archie Davies (WAL) on Day 2. Sam Bairstow (ENG) & Matthew McClean (IRL), Mark Power (IRL) & Barclay Brown (ENG) and Arron Edwards-Hill (ENG) & Calum Scott (SCO) were paired on both days. Whilst GB&I were fortunate to come out of the first foursomes series with a 1.5-1.5 result they comfortably won the second one 3-1 so the choices were a success overall.

It will be interesting to see how many of these players are still amateur in a year’s time and, if they are, whether they have maintained their form sufficiently to be selected for our 2023 Walker Cup team at St. Andrews.

Conor Purcell (IRL) was the only player to play in both the 2018 St. Andrew Trophy and 2019 Walker Cup matches. Six of the former team turned professional before the end of 2018 thus ruling themselves out of the Walker Cup match at Royal Liverpool G.C. in the following September.