Jack SINGH BRAR today won the prestigious Lytham Trophy at Royal Lytham & St Annes Golf Club. His rounds of 68, 73, 72 and 75 for a +8 total earned him a memorable wire-to-wire victory.

On the back of a good set of results in Australia and his recent Hampshire Salver win Jack is now clearly very well placed to secure a spot within the Great Britain and Ireland (GB&I) Walker Cup team.

There are now only 125 days until the match starts and around 110 until the Teams are selected.

Jack is currently not in the GB&I Walker Cup squad. He also chose to step away from the formal England Golf coaching set up at the start of this season. However, following his big win on the Fylde Coast he has risen to 48th in the SPWAR and is now the fifth highest GB&I player (fourth if Sam Horsfield, who is expected to turn Pro in early June, is excluded). Sometimes it pays to trust yourself and ‘plough your own furrow’ in this life. 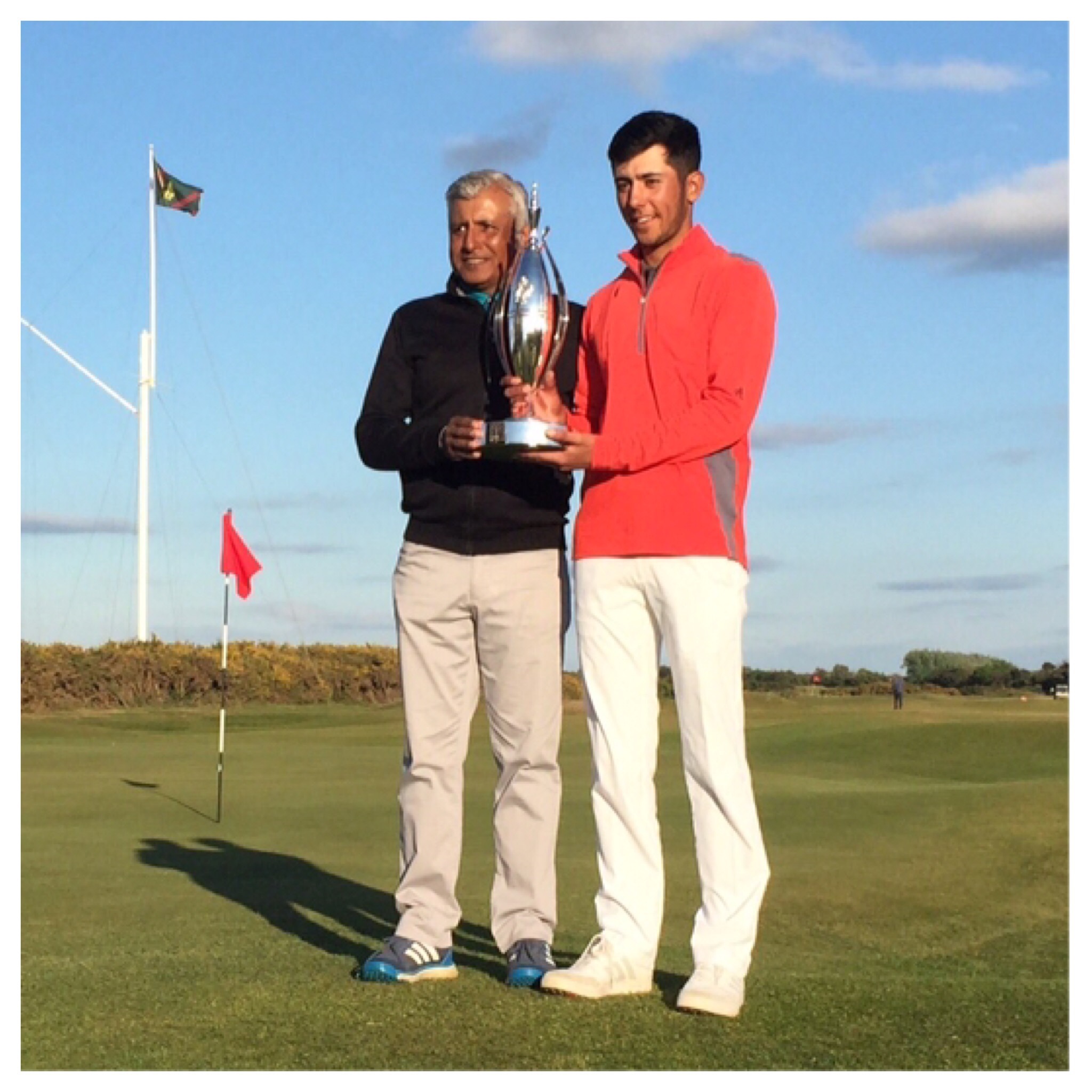 Two other English players finished 2nd and 3rd at Lytham.

The Walker Cup claims of Charlie STRICKLAND (+10), who only turns 18 later this month, will have grown a little bit louder this weekend too. Charlie won both the Duncan Putter and U18 Peter McEvoy Trophy in April but his 2nd place at Lytham is a step up on both. A man who’s confidence is growing and now has it all to play for.

Jake BURNAGE (+11) also followed up his Hampshire Hog win at North Hants GC a few weeks ago with a creditable third place here.

This was the first major amateur men’s competition of the 2017 GB&I season. As such most of our likely Walker Cup candidates were on display. Out of the current 21-man GB&I Squad only Paul MCBRIDE and Sandy SCOTT, both still competing for their US Colleges, and Barry HUME, who chose not to enter, were not present in Lancashire.

I think it is fair to say that the 2017 Lytham Trophy was generally not a confidence boosting week for our leading players and Walker Cup hopes.

Here are the Lytham Trophy scores of the Walker Cup squad players: –