He beat Scotland’s Euan WALKER (23) by 2 Holes in a Final which went the full 36 holes.

Sugrue (22) made a dream start leading by 5Up after the opening nine holes. Walker then settled into the match and set about whittling down the lead he had partially gifted his opponent. He had reduced the deficit to 3Down by lunch and finally achieved parity on the 34th hole of the match. Inexplicably he then played two poor holes allowing the steadier Irishman to collect the Championship trophy in front of a large group of delighted home supporters.

Speaking to The R&A afterwards Sugrue said “It is hard to believe really. It hasn’t sunk in yet. Just to think about this win is unbelievable. Everything that comes with the win and all the crowds that were out there, it’s incredible.” 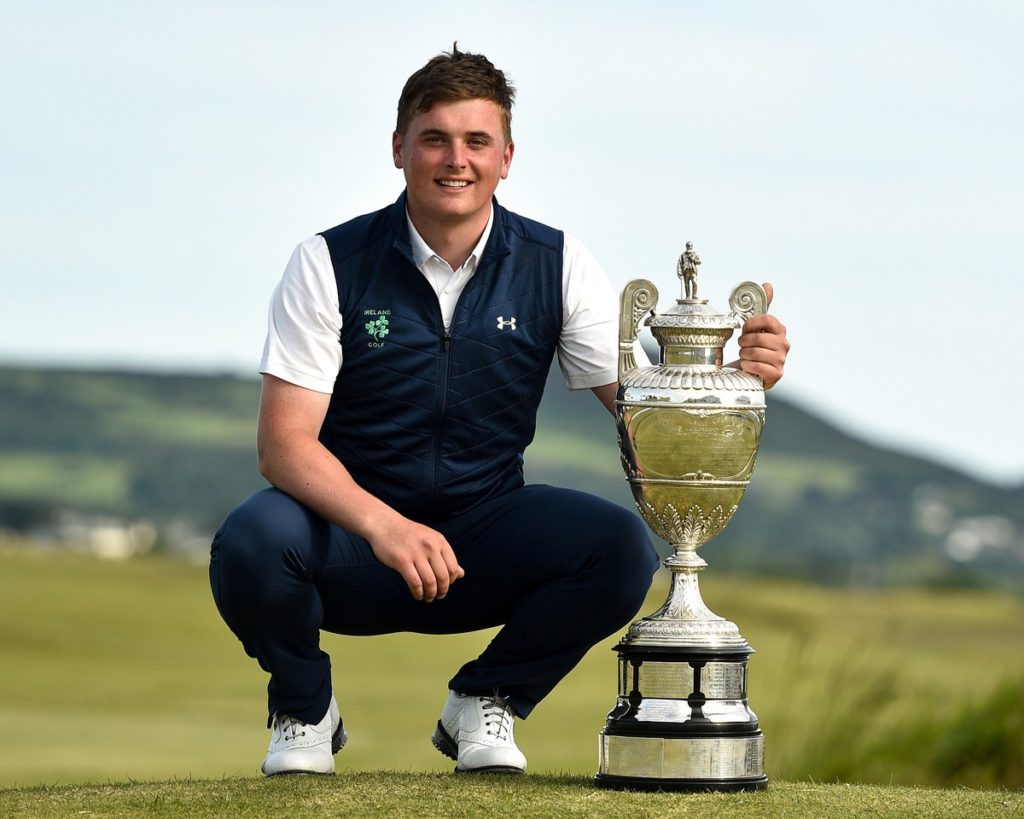 The big hitting Corkman who plays his golf at Mallow now becomes exempt for The Open Championship, U.S. Amateur, The Masters and U.S. Open over the next 12 months.

He is now also assured of a place in the Great Britain & Ireland (GB&I) Walker Cup team which will face USA at Royal Liverpool G.C. in September.

Sugrue was already a member of the 2019 GB&I Walker Cup initial squad and was enjoying a steady season posting a number of top 20 finishes. His previous biggest win was the 2017 South of Ireland Amateur played at Lahinch G.C. James should be a good addition to the team as he is strong links player and has a good match play record.

In addition to the finalists, Sugrue and Walker, a number of other players did well at Portmarnock.

9 of the 13 competitions were won by amateur players with a total of 50 amateurs progressing to Final Qualifying on the day. More earned Reserve status and will follow as the four fields are finalised in the coming days.

Here are a list of some of the more notable qualifiers in the context of the Walker Cup: –

Other amateurs have exemptions into Final Qualifying so I anticipate there being well over 60 players to follow next Tuesday.

There is more information on the amateurs at Regional and Final Qualifying on my Golf Bible website.

The GB&I selectors will shortly be finalising their reduced Walker Cup squad for the next training gathering at Royal Liverpool G.C.

Here is my assessment of how the original 26 and other players who have emerged over the last two months will fare when the announcement is presumably made next week. In my defence I don’t have the results of the European Amateur Championship which finishes on Saturday to help me.

I have listed the players as I see their current form and my selection order: –