I spent yesterday at the Los Angeles Country Club (LACC) looking at the course and watching all of the players practice.

This is some of what I heard, saw and experienced: –

1. The North Course is even better than I thought it would be – and I arrived with high expectations having read a lot about the recent Gil Hanse renovation.

2. The clue was in the location – Beverly Hills – but it is far more hilly and undulating than any of the photos I had seen suggested.

3. Holes 3 – 8 in particular are magnificent. The land in this most northerly part of the property is stunning with height changes, steep banking and barranca framing all of the holes.

5. In passing Lionel Ritchie’s house (see photo below) beside the 4th green is one of the finest properties I have ever had the pleasure of seeing. As I was admiring it one of the LACC members volunteered that the owner, no names were obviously mentioned, also owned the two properties next door (to the left) in addition to the main house. 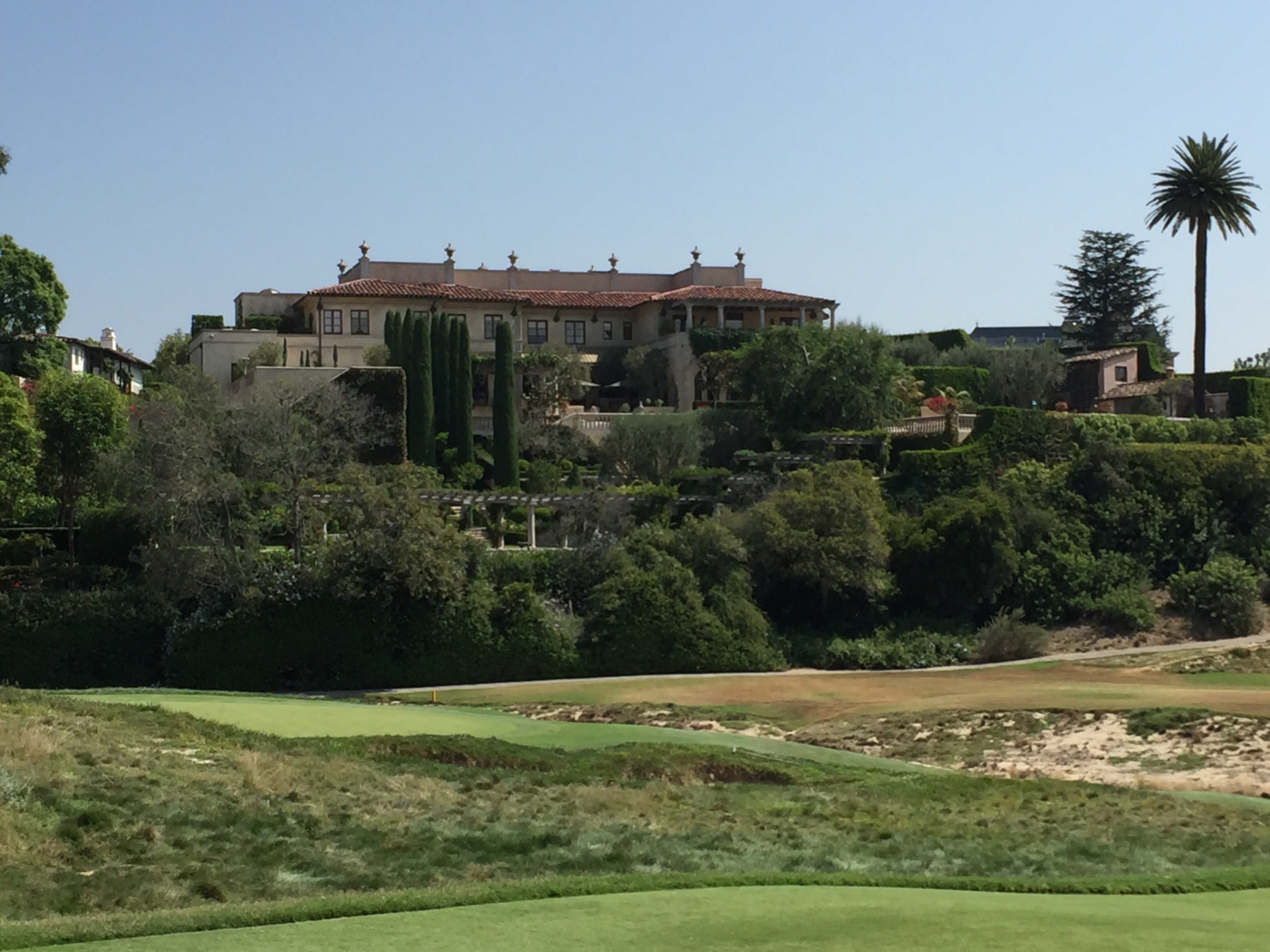 6. The course is very long, particularly the back nine which plays 3,875 yards. There are four Par 4’s which are 500+ yards, including the three closing holes.

7. The fairways are very wide on all of the holes so I expect players will be using driver off many of the tees.

8. The rough looks low, almost non existent, but it is thick and tangly. Balls can sit up in it but equally fall through and penalise players for inaccuracy.

9. The bunkering is exceptional. Superbly shaped, large and often deep. Most of the bunkers, particularly those greenside, have a very thick collar of rough around them. Players will be shouting for their misdirected shots to find the sand as balls that finish here will be almost ‘dead’.

10. The greens are generally very large and looked quick. Getting the speed early on will be critical as will being on the right side of some of the tougher hole locations. The two exceptions being the Par 4 6th and the front portion of the short 17th which are very narrow targets. 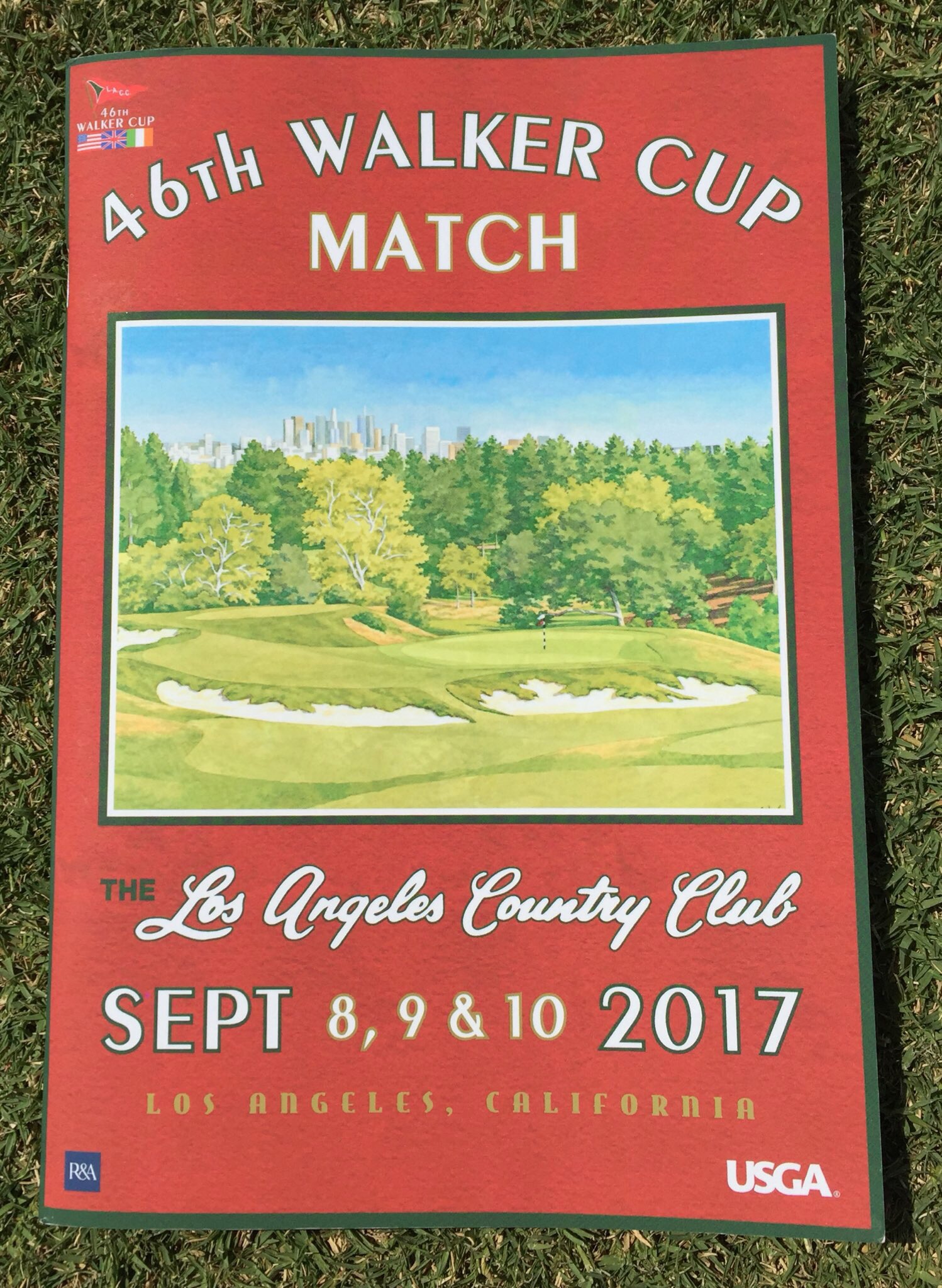 11. Many of the larger greens have small promontories, surrounded by sand, which will enable the USGA to really tuck some flags away if they wish.

12. LACC looks like being a very good match play course with a number of sporty risk reward holes evident.

14. GB&I Group 1 didn’t play the full 18. They played holes 1, 2 and 9 before playing the back nine and walking in early. They then practiced their putting and went to the range. 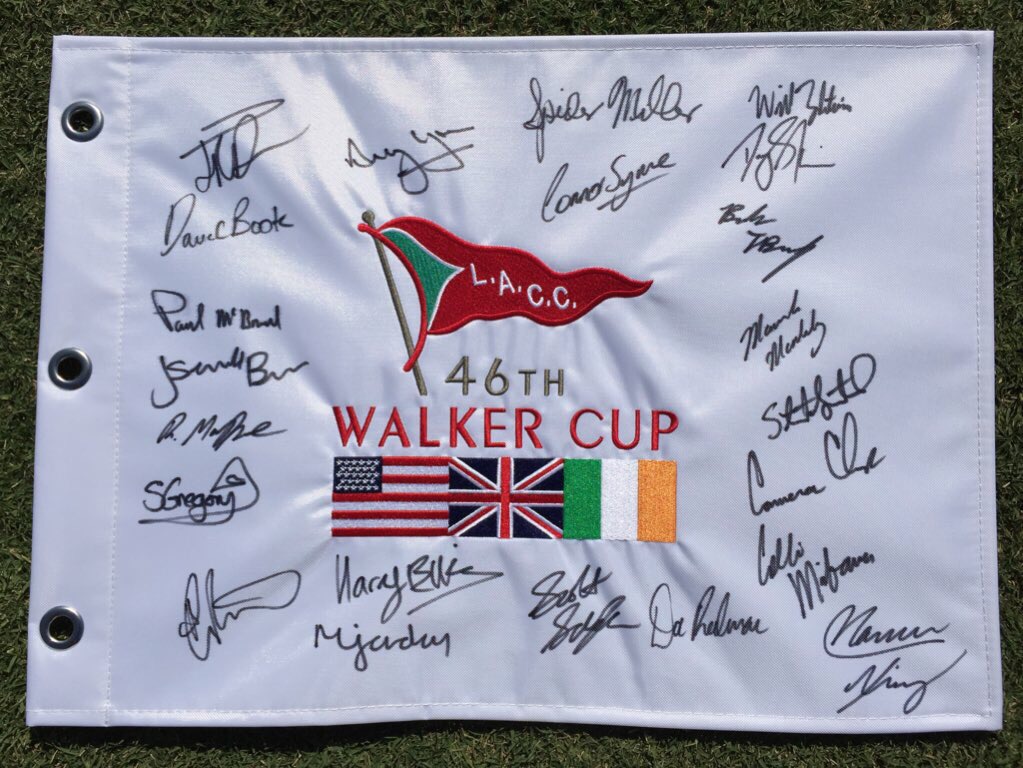 16. I anticipate that some players are going to be exposed by the length and severity of the LACC test. I wouldn’t be surprised to see some very one sided matches.

17. Understandably there are very few GB&I supporters in Los Angeles outside of each player’s family and close friends. You have to be pretty committed to make a 5,400 mile journey for an amateur golf event. Therefore this is going to be an away match in the strictest sense with a large partisan home crowd.

18. Recent Walker Cup matches have tended to go to the home team and historically GB&I have always struggled over here. I certainly travelled more in hope than expectation and reluctantly have to accept it is hard to see anything other than a comfortable USA win. As is always the case a good start to quieten the home crowd and build a little momentum this morning will be imperative for GB&I. I obviously wish GB&I well and hope our players can do themselves justice when proceedings begin. It would be great to witness a big sporting upset live.

19. The Day 1 pairings were announced at the opening ceremony and as with the original team selection it is hard before a ball has been struck to overly question them. It’s now down to the players to deliver.

20. Finally, the LACC is a very special place and everyone on site is delighted they have the opportunity to showcase their club and course. All of the membership / volunteers I came into contact with were proactive, friendly and welcoming. With two courses and superb practice facilities it has the space to accommodate any match or tournament.