At the end of my News Article ‘61. Alfie Plant Wins The European Amateur’ dated 2nd July 2017 I floated a potential Great Britain & Ireland (GB&I) Walker Cup Team based solely on 2017 performances to date.

I named 10 players but mentioned 13 in total who had all enjoyed strong golfing year’s. Scott GREGORY (ENG) was not one of them.

Yesterday I received the following Comment to this Article and my team selection from Mike Gregory, Scott’s Dad: –

“You leave out Scott Gregory who was Amateur Champion last year and NSW Amateur Champion this year, plus experience of playing in 3 Majors plus Memorial. Also currently 6 in the world. Would you really leave him out?”

My answer is ‘Yes’ Mr. Gregory I would – at least at the moment.

Let me explain in detail because Scott Gregory has the potential to be one of the GB&I selectors’ biggest dilemma’s.

The first thing to say is I do have some empathy with Mike’s view. Scott is clearly a very good player and his 2016 Amateur Championship victory was an outstanding achievement, one I would certainly rate more highly than playing in any Walker Cup. He has also represented both GB&I and England in recent years and has always done well. There is no question he has a strong match play pedigree and would be an experienced and competitive member of our Walker Cup team if called upon.

My position is not in any way meant as a criticism of Scott but simply a reflection of the fact I currently believe there are 10 more deserving players based on 2017 form and results. If the Walker Cup had been last year he would have strolled selection. Unfortunately for him it wasn’t. 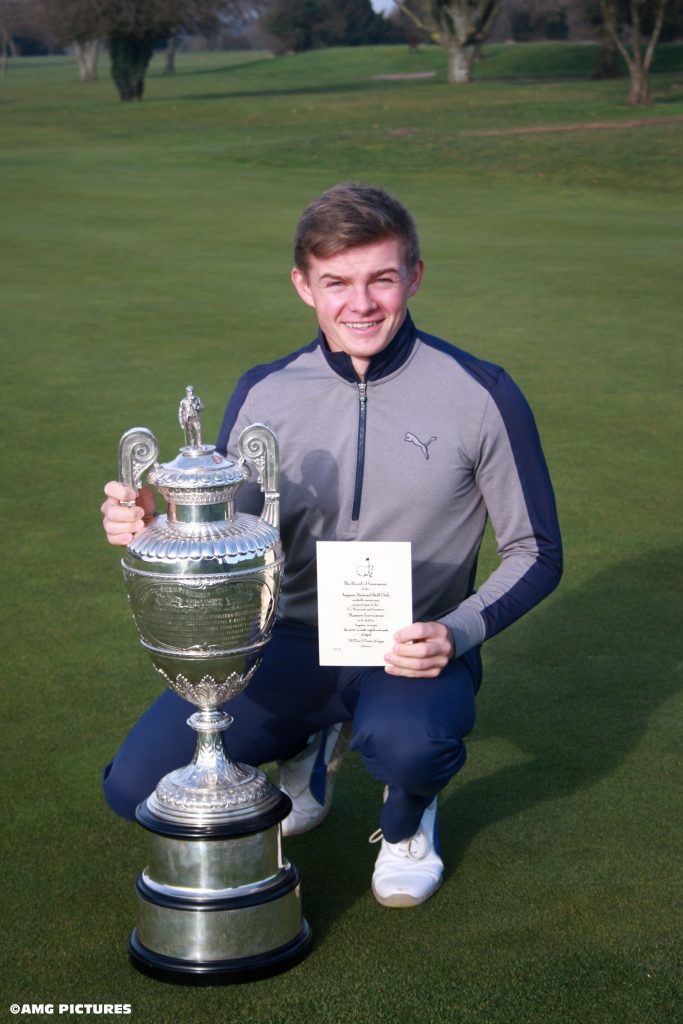 Scott’s problem in my eyes is his 2016 Amateur win has proven to be something of a poisoned chalice when it comes to the 2017 amateur golf season and in turn the Walker Cup selection debate.

Here is a list of Scott’s events and results this year: –

I am sure Scott will have benefitted from playing in two Major’s, as well as in Jack Nicklaus’ Memorial Tournament, but he has missed the cut in all of them. If he had a made a cut in one of these, like a number of the potential US Walker Cup players did, then I would be pleased to view these collective performances more positively.

Scott did win the New South Wales Medal (NSW) in early February. Any overseas win is impressive and this one had a match play element too. However, the NSW Medal sits outside the Top 50 amateur golf events in the world and as such the field wasn’t of the very highest quality.

Save for Scott’s match play win over 2016 US Amateur champion Curtis Luck in the 18 hole Georgia Cup match there hasn’t really been much more to build a case for selection around in 2017.

Sadly I think Scott’s World Amateur Golf Ranking (WAGR) of 6th tells us more about the inadequacies of that ranking system than Scott’s current standing in the amateur game. How can I take the WAGR seriously when at the same time it has Matthew Jordan 74th, Liam Johnston 92nd and Jack Singh Brar 95th after the seasons they have had ? I don’t take any pleasure in saying this but frankly any Walker Cup selector that looks at the WAGR for guidance as to our team should not be in their position.

The Scratch Players World Amateur Ranking (SPWAR) is the only ranking worth considering for the selection task because, as I have said many times before, it ages points over time and therefore accurately reflects current form. Scott is today ranked 87th in the SPWAR, the 17th highest GB&I player, which may be a little harsh but better reflects his weighted results in amateur and pro golf over the last two years.

For more information on this area please take a look at my News Article ’63. GB&I Amateur Golf Rankings – 30th June 2017′ or for more detail the Rankings page on my sister website www.golfbible.co.uk.

The good news for Scott is there is still some golf to be played before the Team has to be finalised and there is also the matter of foursomes partnerships that need to be factored in to the final analysis.

Scott will have the opportunity to strengthen his case in the forthcoming European Amateur Team Championships, the English Men’s Amateur (Closed) and the US Amateur.

I have nothing against Scott and I wish him all the best in the coming weeks.

Finally, as I mentioned to another correspondent a few days ago the ultimate response to such debates is who would you take out of the current ten to accommodate another player and why ? Not a question I would want Mr. Gregory to answer with regard to Scott but one I am sure the R&A’s Selection Committee will have to ponder in a few cases in the weeks ahead.