4 down with 5 holes to play the Californian amazingly birdied the 14th, 15th, 17th and 18th holes of the Tom Doak-designed Old Course at Stonewall GC in Pennsylvania. He then preceded to hole a 20 footer on the 9th, the first extra hole, to grab the title from a shell shocked Harvey.

Scott Harvey, who comes from North Carolina, had been the favourite going into the final, ranked 67th in the WAGR against Stewart Hagestad’s (perhaps understated) 1,873rd place. Harvey had achieved joint medalist honours with a 138 (-2) total in the 36-hole stroke play qualifying before nicely progressing, seeded number 3, through the five previous match play stages. He is of course also a former champion, having won the U.S. Mid-Amateur in 2014, as well as being a member of the 2015 U.S.A. Walker Cup Team.

The match followed the expected pattern until the final few holes when the golfing gods decided to smile down on Hagestad, a graduate of the University of Southern California who now resides in New York working in the commercial real estate sector.  There will surely have been few better putting performances at the end of any USGA Championship in it’s long history.

This year’s U.S. Mid-Amateur final was slightly unusual in that it used all 36-holes at the Stonewall facility. It is believed this is the first time this has ever happened in any major amateur championship final. The first 18 holes were played on the North Course before the afternoon session was contested on the Old Course. Prior to today the North had only been used for the stroke play qualifying with all of the match play games being played on the Old. 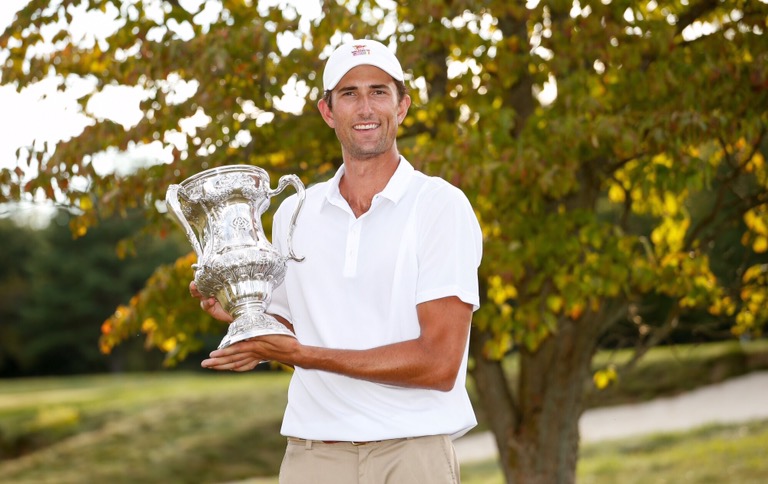 Stewart Hagestad is almost certain to now be selected for the 2017 U.S.A. Walker Cup team, barring a complete loss of form next year.

In early 2013 the USGA announced that it planned to select at least two mid-amateurs for their Walker Cup team going forward. It delivered on this promise in both 2013 and 2015. At the time the USGA’s Tom O’Toole said: “Mid-amateurs, who are seasoned players, are likely to bring a unique perspective to a team and demonstrate, as well as appreciate, the characteristics of leadership and generosity of spirit that are central to the Walker Cup. It is the positive influence mid-amateurs will have on the Walker Cup experience and our strong commitment to amateur golf that causes us to reach this determination.”

Following the 2015 defeat at Royal Lytham the calls for this slightly controversial policy to be reviewed by the USGA have inevitably grown in volume. Whilst no decisions have been announced in this regard it is hard to believe they will exclude mid-amateurs entirely at the Los Angeles CC, which is why I am so confident Hegastad will now be included.

With next year’s U.S. Mid-Amateur not scheduled to take place until after the Walker Cup match, on 7-12 October at Capital City Club in Atlanta, this year’s Championship was always going to be something of a mid-amateur selection decider.

Few would also bet against Scott Harvey, a consistent performer for many years now, joining Stewart Hagestad if the USGA decide to carry on with their two mid-amateurs policy. 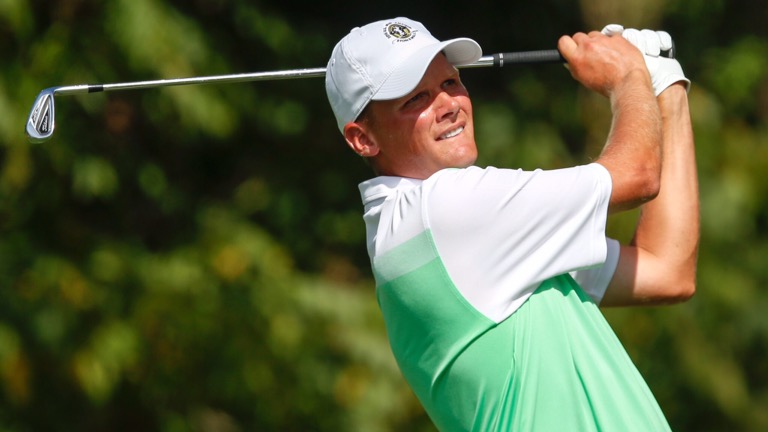 Scott Harvey is clearly one of if not the best U.S. mid-amateur, he brings Walker Cup experience and also has a recent win on the Los Angeles CC course which will be used for next year’s match. Earlier in 2016 he beat Hagestad in the final of the mid-amateur George C. Thomas Invitational which must surely put another tick in his box.

With the USGA expected to announce a 16-man Walker Cup squad in November 2016 for a pre-Christmas practice weekend at the Los Angeles CC the participation, or not, of Hagestad and / or Harvey should become much clearer sooner rather than later.

Well played Stewart and Scott – what a Final !