Within the field of 312 players from 29 different countries were nine players from Great Britain & Ireland (GB&I). 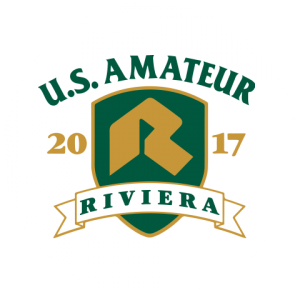 Here is a list of how they have got on in order of success: – 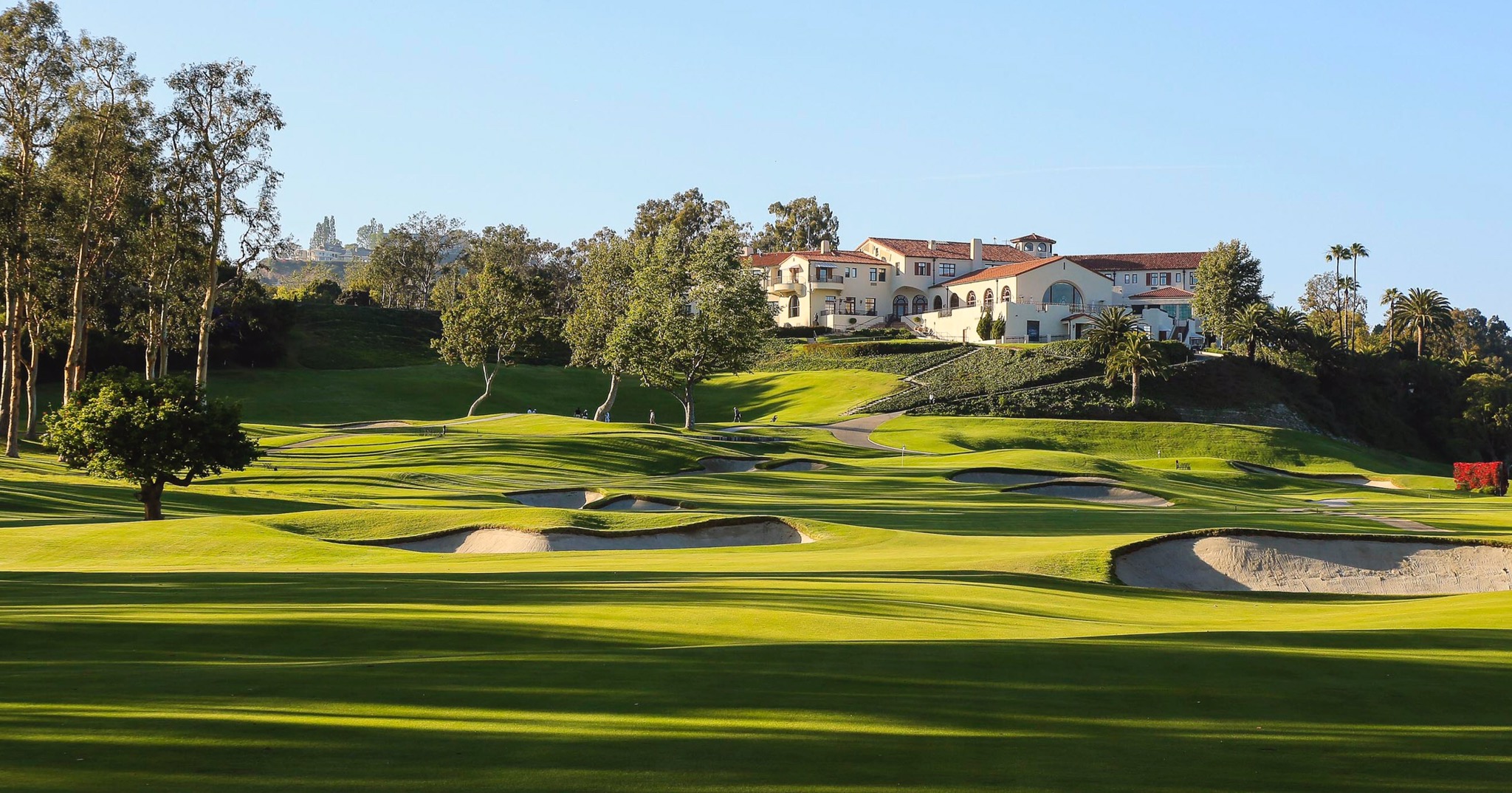 From a Walker Cup perspective the U.S. Amateur Championship for me was about whether David BOOTE, Scott GREGORY or Stuart GREHAN could deliver a performance that could underpin their potential selection for the GB&I team. Boote and Gregory may both still make the final R&A team but given the competition for places I believe the decision will be finely balanced.

Good luck to Connor SYME (USA) in his Quarter Final match today against Doug GHIM (USA). What a psychological boost it would be for our Walker Cup Team if he could get to the Semi-Finals or dare I dream even further.

For more information on the 2017 U.S. Amateur Championship please click here to read my – GolfBible Preview and Daily Reports

Whilst Great Britain & Ireland (GB&I) are not celebrating a U.S. Amateur win this year the 2016 Championship proved to be a reasonably successful one for us.

I certainly can’t recall six of our players making the Top 64 cut in the stroke play qualifying before and therefore progressing to the match play stage. It was also good to see at least one of the six coming from each of the four home nations. 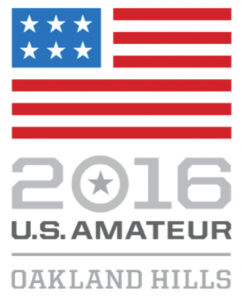 In exactly 12 month’s time the R&A will announce their 2017 Walker Cup team. So lets look at who put an early marker down at this year’s U.S. Amateur Championship and showed they have the ability to compete at the highest level.

The U.S. Amateur starts with a 36-hole stroke play qualifying event to identify the 64 players who will contest the match play stage that will ultimately determine the champion.

Alex SMALLEY (USA) earned medalist honours with a 133 (-7) total after two impressive rounds at Oakland Hills; a 65 on the North Course, followed on Day 2 by a 68 on the tougher South Course.

56 players automatically qualified on +1 with 23 others on +2 having to endure a sudden death play-off for the remaining 8 spots.

Scott GREGORY was our leading stroke play qualifier finishing a very creditable tied 6th. He recorded just three bogeys over his 36 holes which must have been amongst the lowest in the whole field.

Sam HORSFIELD set himself up for qualification with a five birdie 66 (-4) on the North Course. A satisfactory 72 (+2) on the South on Day 2 saw him qualify as the 17th seed.

Connor SYME qualified with two symmetrical par rounds. On Day 1 he had one birdie and one bogey on each side of the South and on Day 2 he had three bogies on the front nine before recovering his qualification with three birdies on the back.

Jack HUME left himself some work to do on Day 2 after a 72 over the South on Day 1. The fact he was able to shoot a 69 on the North when he needed it bode well for his chances later in the week.

David BOOTE and Bradley MOORE both showed strong resolve to battle their way to +2 and a shot at the 23-into-8 match play play-off. Within a few minutes of each other on the morning of Day 3 they both holed long birdie putts on the second play-off hole (11th on the North Course) to progress.

So in summary Sam HORSFIELD, Scott GREGORY, Connor SYME, Bradley MOORE and Jack HUME all qualified for the match play stage and therefore in my view could all leave Oakland Hills with their heads held high. When one considers the quality of the field at the U.S. Amateur and looks at our historic record in achieving this feat you have to say this is the right hurdle for defining a good GB&I Championship performance.

By the same definition those GB&I players who missed the match play cut have to accept that they fell short: –

Jack SINGH BRAR looked nicely on track when he posted a 71 (+1) on the South Course and followed it with a 34 (-1) over his first nine holes on the North on Day 2. Unfortunately three bogeys over his last 5 holes saw him drift from comfortable qualification (+1) to a missed cut position (+3).

Ewen FERGUSON started nervously bogeying and double bogeying his first two holes on the North Course. Three late birdies on Day 1 helped him recover to a 72 (+2) but with the South to come the odds were always going to be stacked against him. He managed a 71 on Day 2 to his credit but it in reality it was too little too late for the Scotsman. Not helped by injuries this is proving to be a season to forget for the 2015 Walker cup man.

I had high hopes for Robert MACINTYRE heading into the week. He backed them up for me with a 68 (-2) on the North Course to start the week off. Unfortunately five bogeys and two double bogeys on his way to a 76 (+6) on the South saw him tumble down the leaderboard.

Grant FORREST and Jamie BOWER, who were both a long way off the pace, will both be disappointed with their performances this week.

Here’s is a summary of all of the GB&I match play results: –

David BOOTE (WAL) was the most successful GB&I player at the 2016 U.S. Amateur Championship reaching the quarter-finals of the match play stage.

David Boote made few mistakes in the match play stage and his consistent play enabled him to see off Gavin Hall, Ben Schlottman and most impressively Collin Morikawa. He saved his best till last too, playing very well against Brad Dalke, where despite giving nothing away he ended up losing his quarter final match to an inspired opponent on the day. Boote has been playing consistently to a high level this summer and is now right at the top of the GB&I amateur game. If he chooses to remain amateur and can maintain this form he will surely secure a place in next year’s Walker Cup team.

Sam HORSFIELD beat Hugo Bernard, winner of the Canadian Amateur title last weekend, 3&1 in the Round of 64. He then played his very best golf to beat Doc Redman, shooting 29 on the front nine before finishing the match 7-under par on the 14th. Dylan Meyer, who just a few week’s ago beat Sam in the final of the Western Amateur, was next up. In a tight match Horsfield missed a short 3 footer for par on their 19th hole to allow Meyer to get the better of him again. It says everything about Horsfield, who this week moved to No. 1 in the SPWAR rankings, that the fact he didn’t reach at least the semi-finals this week has to be viewed as both a disappointment and a surprise.

Scott GREGORY had an easy first match with Raymond Knoll bogeying 7 of the 13 holes they completed. Scott played well in his final match – he was 3-under for the 19 holes contested, with just one bogey – but simply came up against an in form Nick Carlson; the local Michigan man playing well above himself all week. Carlson of course went on to reach the semi-finals before losing to Australian Curtis Luck yesterday.

Connor SYME lost to Dylan Meyer, the recent Western Amateur champion and nemesis of Sam Horsfield in Round 1. Syme gave the in form American a good game and will have been disappointed to lose 2 Up, particularly as he lost the last two holes to par.

The tough finish on Oakland Hills South Course proved too much for both Bradley MOORE and Jack HUME in their Round of 64 matches. Moore did well to fight back to All Square against the No. 2 qualifier Dawson Armstrong having been 2 Down with 6 holes to play. However, having birdied the 13th and 16th, he bogied the last two holes to let Armstrong progress. Hume was 1 Up with 3 to play before he bogeyed 16 and 17 to give his opponent, Bryson Nimmer a 1 Up lead which he saw out on the final hole.

You don’t get anywhere near the first tee of the U.S. Amateur without being a very accomplished golfer. So in terms of a stepping stone to 2017 Walker Cup selection it is often a case of looking at who did not perform and understanding why rather than those that did. The six players who made it to the match play stage clearly did very well and confirmed their standing as 2017 Walker Cup ‘probables’. Those that did not will know they need to learn from the experience and work on both their games and consistency to demonstrate they are more than ‘possibles’.