On the 1st March Matthew JORDAN shot 92 (+20) in the first round of the Spanish International Amateur at El Saler. He inevitably missed the cut the following day despite shooting a respectable 74 in round 2.

Things were not going according to plan for the man from Royal Liverpool GC.

He had spent much of November and December in Spain practicing and had been expecting to come out strong in 2017. After all he had broken through in 2016 and posted a number of good results both at home and abroad.

In December he flew to Miami to play in the South Beach International Amateur. He made the cut but his +1 score was only good enough for a tied 51st finish.

In January he represented England in the Quadrangular Match at Costa Ballena in Spain where the team finished a disappointing 3rd despite a more encouraging individual W4 L1 H1 performance.

Unfortunately Matthew then found out that his entry to the Portuguese International Amateur had been incorrectly processed and as such there was no place for him in the field.

He needed his luck to change and what better way than to play in a competition you like and have done well in before – the Hampshire Salver. Matthew finished 8th in the two day aggregate event at Blackmoor and North Hants in April. Not as good as his tied 3rd in 2016, where he won the Hampshire Hog on the Sunday, but nevertheless a step in the right direction.

Despite this return to form it’s hard to believe the England selectors, having understandably overlooked him for the European Nations Cup in late March, spent too long considering whether to include him in their 6-man team for the mixed international against Spain at the end of April. A return to El Saler, the match venue and scene of the 92, wouldn’t have helped.

How the picture has changed.

Amazingly within the space of a few months it’s now a question of who the same England selectors will pick alongside Matthew for the European Men’s Team Championship in Austria in July.

I also think we can now say his place in the Great Britain & Ireland Walker Cup team is assured. How can it not be ?

This is because Matthew has delivered a superb sequence of results in the heart of our season that have lifted him from 552nd (5/04/17) in the SPWAR to 26th (13/06/17) and which culminated in him winning the prestigious St. Andrews Links Trophy last weekend. 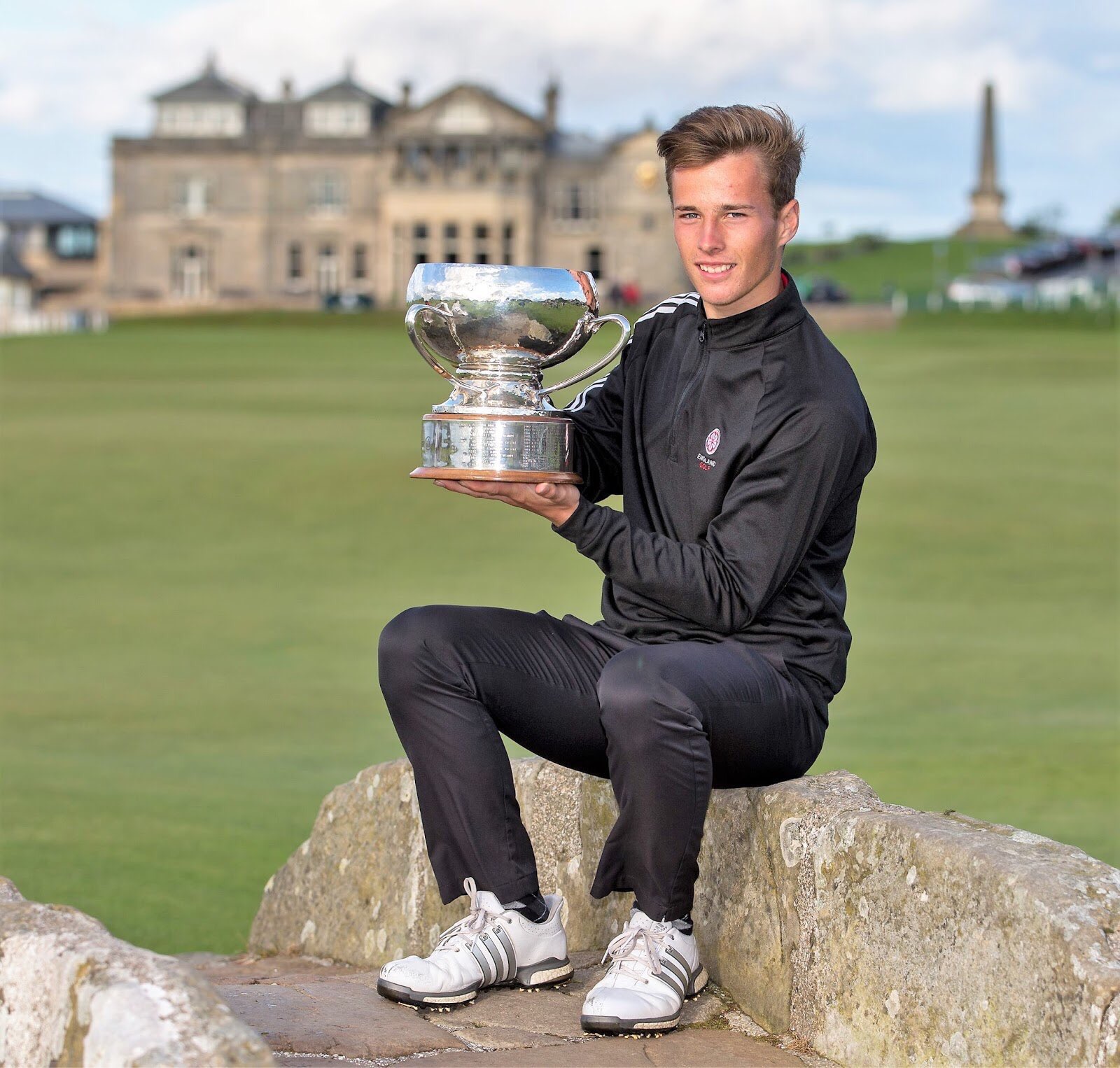 Just look at this playing record since mid-April: –

Whilst the main story has to be Matthew’s there were also a number of other noteworthy performances in Scotland.

JR GALBRAITH (IRE) finished 2nd at St. Andrews on -10. He led after a round 1 66 and consolidated his position with three rounds of 71, 70 and 71. This came on the back of an 8th place (-2) finish at the Scottish Open Amateur the week before.

Similarly Laird SHEPHERD (ENG) has also enjoyed his time in Scotland. He finished 4th (-8) at the Links Trophy having recorded a tied 9th (Ev) result the week before at Western Gailes.

Both Galbraith (SPWAR 70) and Shepherd (SPWAR 146) have moved up the rankings as a result of these performances. Whilst, at least for me, they both still have some work to do if they are to be selected for our Walker Cup team they at least now have the platform to do it.

A number of other Walker Cup hopefuls finished in the top 20 at the Links Trophy too (results shown after countback applied) : –

In particular Boote, Davidson, Howie and Johnston all tightened their grip on a Walker Cup place after another solid week’s work.

The Walker Cup picture seems to be getting clearer but there’s still plenty of golf to be played, starting next week with the big one – The Amateur Championship. Will the existing form players continue their runs or will a new name take the opportunity to breakthrough ?