With an away Walker Cup match before them I am sure the Great British & Irish (GB&I) selectors will be considering the claims of our United States (US) based College players carefully.

Who better to beat the American’s than those guys who are familiar with US course set ups and are used to playing with and against our opponents week in and week out ?

So with the NCAA Men’s Division I National Championship having been completed this week now seems a good time to review the credentials of our leading US College players. 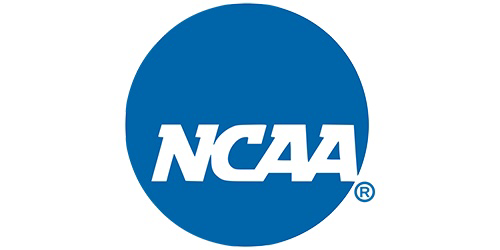 The easiest way to assess 2016/17 performances is to use the GolfStat Head-to-Head Player Standings. This is the primary ranking of US College golf players and performances.

GB&I’s Top 10 players in the Division I ranking (with their Adjusted Scoring Average) are shown below alongside their current Scratch Players World Amateur Ranking SPWAR (with GB&I position): –

In Division II GB&I had two players in the top 25 of the GolfStat standings: – 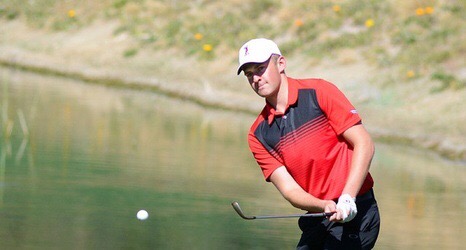 If one looks at the GB&I SPWAR positions alone, which fully reflect US College performances, then clearly Paul MCBRIDE and Harry HALL are right in the mix with David WICKS, and to a lesser degree Ryan LUMSDEN and Harry ELLIS, also knocking on the door.

The reality is I am not sure any of our US College players would make the team if I had to be pick it today. Perhaps Harry HALL would just sneak in but it would be close.

Certainly to my eyes all five of the above players could do with another ‘result’ or two in the coming weeks to draw the selectors towards them.

However, a possible twist to this story comes next week in the form of the Arnold Palmer Cup. This match between College players from the United States and Europe is being played at the Atlantic Athletic Club.

As a result of their performances this year Harry ELLIS, Rory FRANSSEN, Harry HALL, Richard MANSELL and David WICKS have all been selected for the European team. Stuart GREHAN, who is studying at Maynooth University in Ireland, is also playing for Europe.

The United States Arnold Palmer Cup team probably contains 6 or possibly 7 of their likely Walker Cup team so if one or more of the GB&I players in Europe’s team can deliver a standout performance it will undoubtedly raise their profiles.

There can be no better way to show you belong in the GB&I Walker Cup team than by delivering in what will effectively be a dress rehearsal for it.

What ever happens with the Walker Cup team in the coming months all of these lads have enjoyed good seasons over in America and have clearly shown they can compete at the highest level.

Harry HALL (UNLV, Sophomore)
– 2016/17 stats: 14 events, 43 rounds (low 65), T2nd best finish, 71.63 average score.
– Harry led the way for GB&I in the 2016/17 Division I College season.
– His UNLV team reached the Nationals having finished first in the Indiana Regional where Harry secured 6th in the Individual.
– At Rich Harvest Farms he finished tied 39th in the Individual Stroke Play. Seeded 16th UNLV did well to qualify for the Top 8 Team Match Play but lost their Quarter Final to Vanderbilt 3-2. Harry lost his match with Patrick Martin (SPWAR 12) by 1 hole.

Harry ELLIS (Florida State, RJ Junior)
– 2016/17 stats: 13 events, 39 rounds (low 65), 2nd best finish, 71.62 average score.
– Harry had a very good season leading his Florida State team through to the Nationals with a tied 5th result in their Washington Regional.
– He finished T43 in the Individual Stroke Play at the Nationals, his team failing to make the Match Play Stage.

David WICKS (Jacksonville, Senior)
– 2016/17 stats: 12 events, 34 rounds (low 66), 1st best finish, 71.00 average score.
– David did very well for Jacksonville all year. He delivered in the Louisiana Regional with a tied 7th place and then helped his Team to a play off win over a Northwestern team containing Ryan LUMSDEN, who finished 16th in the Individual.
– At the Nationals he narrowly missed the Individual 54 hole cut.

Paul MCBRIDE (Wake Forest, Junior)
– 2016/17 stats: 11 events, 32 rounds (65 low), T2nd best finish, 71.69 average score.
– Paul played reasonably well during the season but will be disappointed with his finish to the year.
– His +12 tied 57th finish at the Texas Regional, where two of his three rounds were discounted, clearly played it’s part in Wake Forest’s surprise failure to qualify for the Nationals.