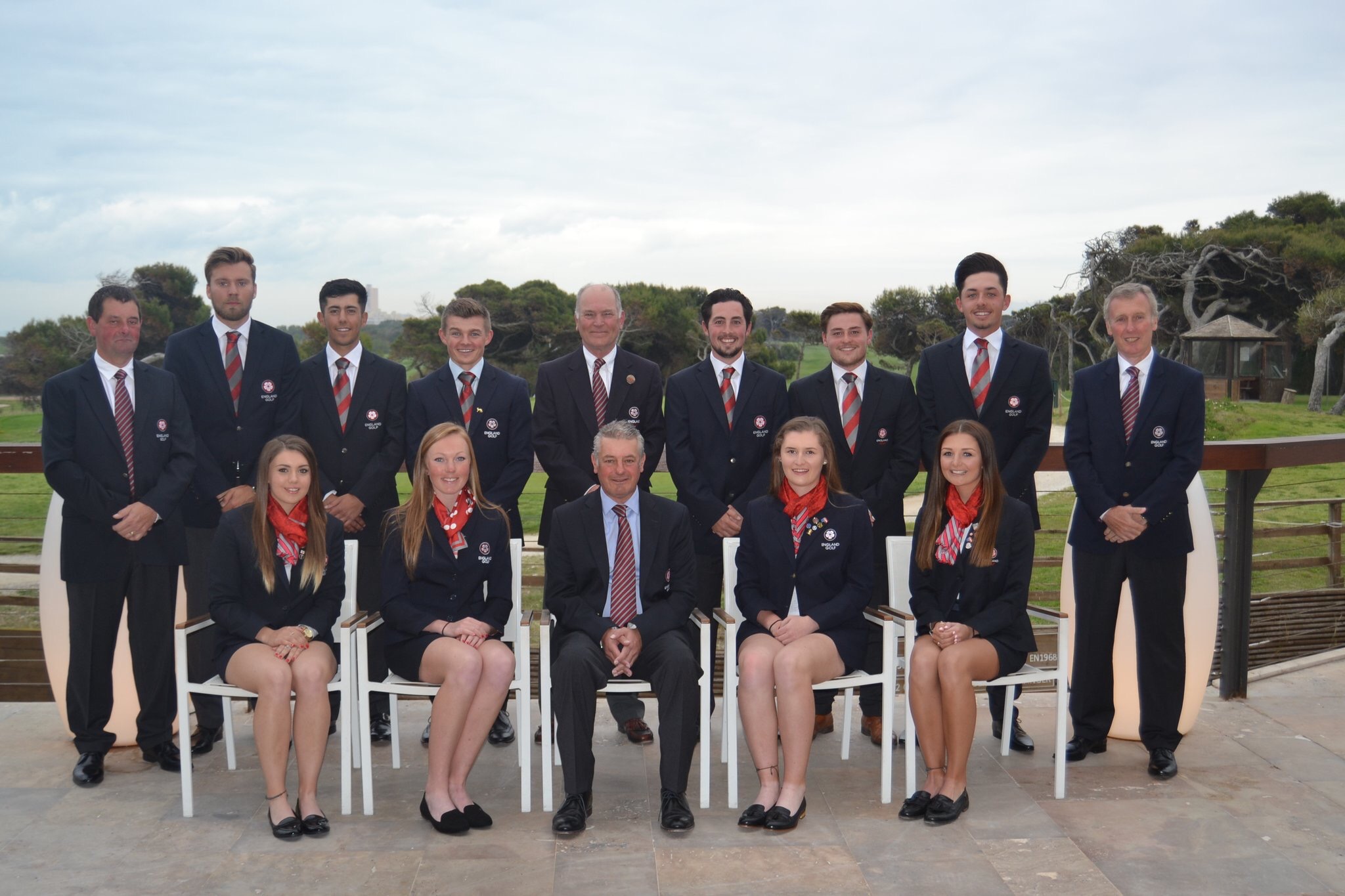 England traditionally do well in this match which was originally a men’s only affair but moved to a mixed team format in 2015. The competing team’s now consist of six men and four women. Played over two days, five foursomes are played on each morning with ten singles in the afternoon. Yesterday’s 2017 win at El Saler near Valencia took England’s series record to an impressive P17 W15 H0 L2.

England picked a strong team which could not necessarily be said of their opponents who had some notable omissions. The relatively close result therefore gave both parties something to cheer about. England got the match win as expected but Spain could take heart from putting up a good fight, knowing they have reinforcements to call upon in the future.

England picked their strongest six men with all of them still hopeful of picking up a Walker Cup selection in August. It is therefore interesting to review their foursome pairings and the individual match play performances.

Somewhat inconclusively these pairings all won on Day 1 and then proceeded to all lose on Day 2.

The singles results were similar too. Five of the players won one and lost one whilst Marco PENGE lost one and halved the other – he lost the 18th hole on Day 2 to let in Jorge Maicas in a close match.

On paper it appeared as if the Spanish Women may be their weak link and experienced English international pair Sophie LAMB and Gemma CLEWS took advantage of this. It is worth noting that England won because their four Women won their match within a match 8.5 – 3.5. The English men actually drew 8.5 – 8.5.

Here is my analysis of the individual match performances (which also shows all of the WAGR world rankings at the start of play): – 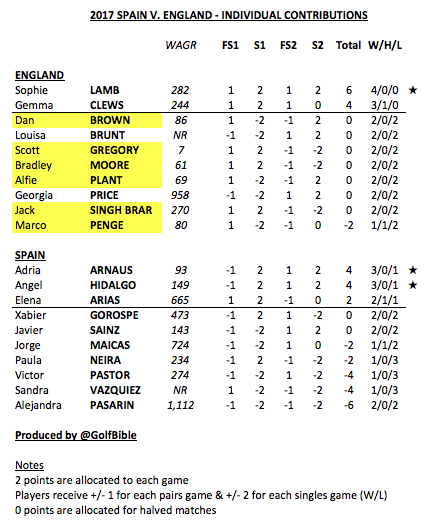 Congratulations to England on a good away win – certainly something I would never sniff at. However, from a Walker Cup perspective I am not sure the manner of the victory, the foursomes pairings or any of the overall individual performances, whilst all satisfactory, will have made Captain Watson jump for joy or strike fear into the other home nation players vying for the 10 available team places.