The Arnold Palmer Cup is an annual team golf competition played between American college golfers and European college / university golfers. Played over three days it is made up of foursome (5), four ball (5) and singles matches (20). 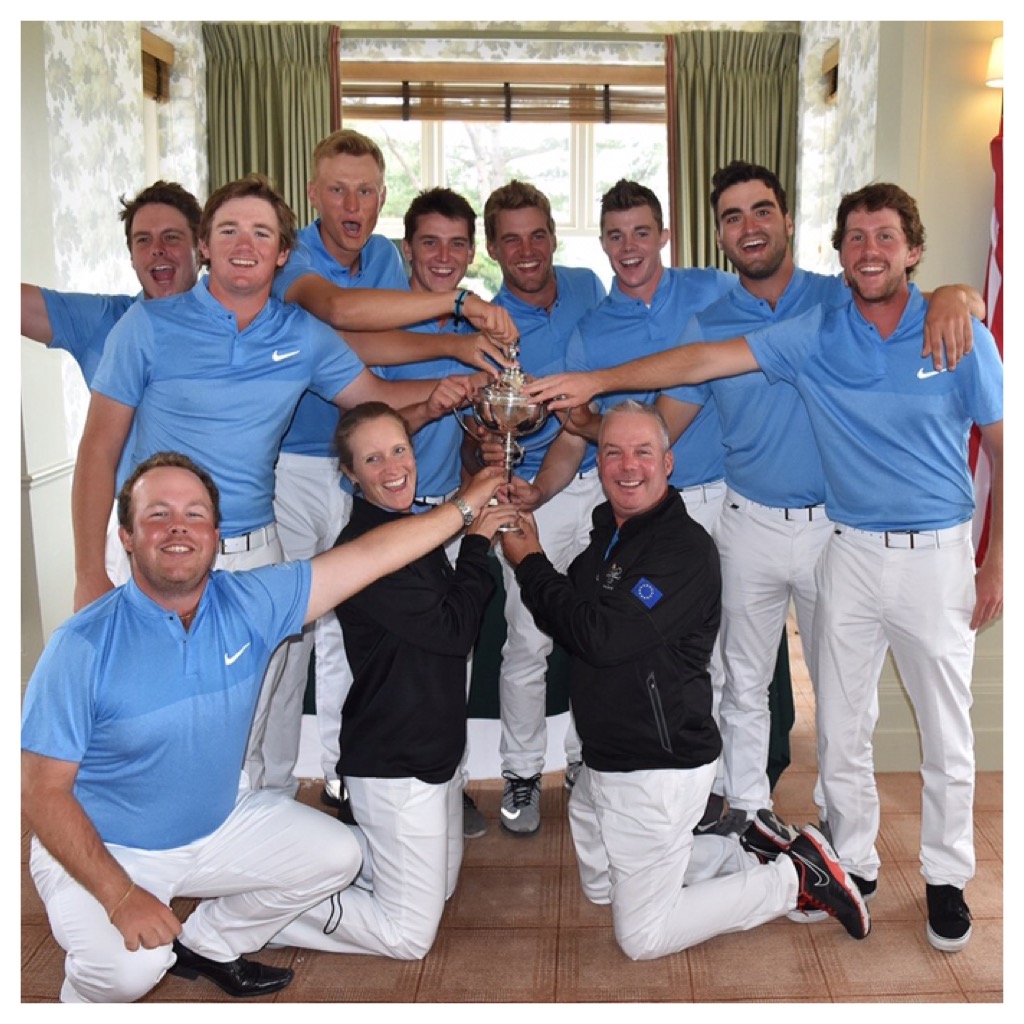 I was informed that Walker Cup captain Craig Watson attended the match on the Friday.

It was of course the first time Horsfield (19) had played golf in GB&I having emigrated to Florida when he was four.  I watched all of Sam’s match against Rico Hoey in the Sunday Singles which he lost by 1 hole. His iron play was very good and save for a number of missed short putts he may very well of won.

Nevertheless, as the table below shows, it was Boote and Grehan who made the bigger impression on the APC result. 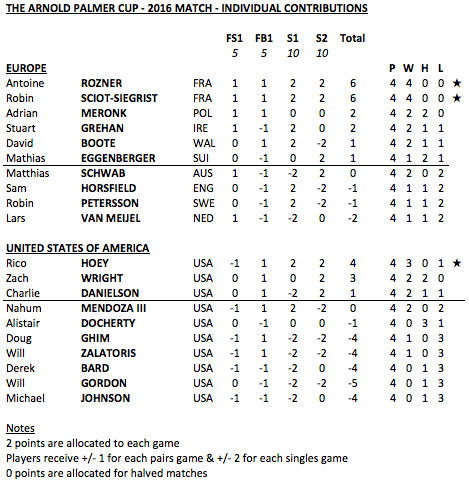 Boote, having graduated from Stanford the week before the APC match, may well have turned pro by the time the 2017 Walker Cup match comes round but I anticipate Grehan and Horsfield, perhaps the latter in his amateur swan song, both being in the selection shake-up.