On the 29th August 2016 Scotland’s Ewen FERGUSON formally announced he was turning pro and that he would be making his debut at the Cordon Golf Open in France on the European Challenge Tour.

Ewen, who turned 20 in July, is a former British Boys Amateur champion and was a member of the 2015 Walker Cup team that defeated USA at Royal Lytham.

Whilst his pedigree is undoubted 2016 has not really provided him with the platform he will have hoped for. He has delivered few notable amateur performances and has been hampered by a troubling wrist injury.

Despite this he has appeared committed to this course of action for some time and his announcement has come as no surprise to anyone. Having already played in the Walker Cup and achieved more than most in the amateur game who can blame him. He may now have to endure a few more quiet seasons but hopefully he will gain experience of the pro game and keep moving forward.

Back in May 2016 I reported on changes that the European Tour had made to amateur playing rights on their feeder tour –  ‘Amateurs and the European Challenge Tour‘ – whereby amateurs could now earn points in the Road to Oman competition.

Ferguson and compatriot Grant Forrest (23), who also played in the last Walker Cup match, have grasped this opportunity benefiting from a new partnership between Scottish Golf and management company, Bounce Golf.

Earlier this year Ferguson played in both the Turkish Airlines Challenge and then the Montecchia Open by Lyoness, to his credit making the cut in both events. Unfortunately in France this week his two 75’s for a +10 total left him languishing in tied 137th spot 9 shots adrift of the +1 cut mark. Here’s a link to the Cordon Open Golf scores.

Forrest, who also missed the cut in these two early season Challenge tour events, again found the going surprisingly tough in France. Rounds of 74 and 79 and a +13 total saw him finish in tied 146th place, a long way off the pace.

Grant Forrest, unlike Ferguson, also competed for GB&I in the St. Andrews Trophy in July 2016 at Prince’s Golf Club. In his playing defence he has enjoyed a good amateur season with high finishes in the Lytham Trophy, Scottish Open Amateur, St Andrews Links Trophy, The Amateur and the European Amateur.

It is obviously too early to assess the success of the Scottish Golf / Bounce Golf alliance. The acid test for this will of course be whether the likes of Ferguson and his successors can make it onto and stay on the main European Tour in the years to come.

With Robert MACINTYRE and Connor SYME having both delivered better amateur seasons than Messrs. Ferguson and Forrest I expect they will be invited to experience the ‘bright lights’ of professional golf next year with Bounce Golf. Indeed I see both are teeing it up at next week’s Volopa Irish Challenge event at Mount Wolseley, presumably on the back of Scottish Golf invites. With both currently probables for the 2017 Walker Cup team I hope they don’t have their heads turned too soon. I think we may need both of them in Los Angeles if they maintain their form next year. 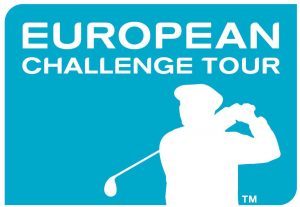