Scotland’s Craig Watson (49) was today appointed captain of the Great Britain and Ireland (GB&I) team for the 46th Walker Cup.

GB&I will be looking to retain the Cup against the United States of America at the Los Angeles Country Club in California on the 9th and 10th September 2017. GB&I last won an away Walker Cup match in 2001.

Watson will also captain GB&I in the 2016 St. Andrews Trophy, the biennial team match against the Continent of Europe, which takes place in alternate years to the Walker Cup. This year’s match will take place at Prince’s Golf Club in Kent, England on 20th and 21st July with GB&I looking to retain the Trophy they won 14 – 10 in 2014.

Throughout the 1990s Craig Watson was one of Scotland and Britain’s best amateur golfers. Real success on the course came late to him and in the end he chose to stay amateur working in the family electrical business, Exciting Lighting, in Falkirk and practicing hard to remain competitive. He remains a very good scratch golfer and won the Craigmillar Park Open in Scotland as recently as April 2014. 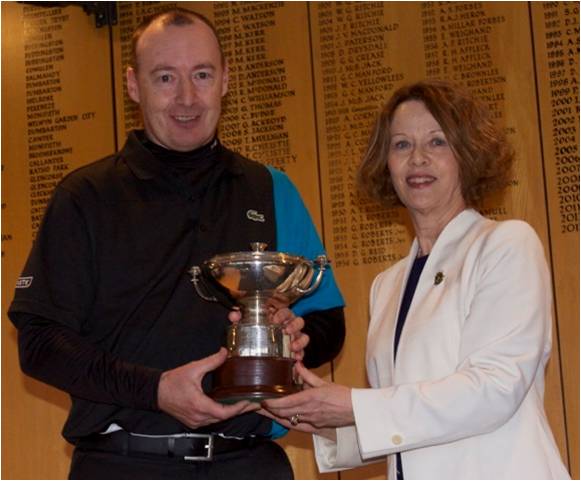 Watson has big shoes to fill following the successful three term captaincy of Welshman Nigel Edwards. Edwards won his two home matches including last September’s stunning 16½ – 9½ win at Royal Lytham & St Annes GC. It is no surprise that Edwards has now been invited to join The R&A’s Men’s Selection Committee. His experience and knowledge of the amateur game should be invaluable to his successor.

Commenting on his appointment Watson said: “It is a privilege for me to take over the captaincy of the team and I have a hard act to follow as Nigel did a fantastic job. I am looking forward to getting started and to making sure we put out the strongest team we can next year in Los Angeles. ”

Andy Ingram, the Chairman of The R&A’s Men’s Selection Committee, said, “Craig is a well-known and highly respected figure in the amateur game and will bring a great deal of experience and knowledge to the role of Captain. As a former Walker Cup and St. Andrews Trophy player himself, he knows just what it means to represent GB&I and I’m sure he will relish the opportunity to work with the players in both teams.”

Watson, whose club is East Renfrewshire, is a career amateur who first represented Scotland in 1991. Impressively he played for Scotland in the Home Internationals in all but one year from 1991 to 2003 and captained the side from 2001 to 2003. He was also Scotland’s non-playing Captain in 2004. During this period Scotland won the Home internationals just once, at Carnoustie in 2000.

His best golfing year was 1997.  Aged 31 he won the Amateur Championship and played in the Walker Cup.

He was talked in to entering the 1997 Amateur at Royal St. George’s by fellow Scottish international Barclay Howard. Howard finished tied 5th in the stroke play qualifier on 148 while Watson was on the mark, tied 64th with 156 after rounds of 79 and 77. Watson beat Jamie Donaldson (5&4), David Patrick (1 hole), Graham Fox (2&1), James Clive (19th) and Colin Edwards (1 hole) to reach the final. A 3&2 victory over future Masters champion Trevor Immelman, 17 at the time, made it a Championship to remember.

His victory gained him entry to the 1997 Open at Royal Troon and the Masters Tournament in 1998, respectively won by Justin Leonard and Mark O’Meara. Rounds of 73 and 76 saw him miss The Open cut in an 11-man tie for 86th – a tie that included major champions Lee Janzen, Craig Stadler and Gary Player.  Barclay Howard was the only amateur to make the cut in ’97 and therefore won the Silver Medal. Another missed cut followed at The Masters, rounds of 79 and 78 saw him finish tied 74th in a group that included Seve Ballesteros. Amateurs Matt Kucher (E T21) and Joel Kribel (+13 T44) both completed that year’s tournament.

The 1997 Walker Cup match was played at Quaker Ridge GC in New York. GB&I, captained by Clive Brown and with a team including a young Justin Rose, lost 18 – 6. In the circumstances Craig Watson’s 1½ points from a possible 3 was very creditable. Left out of the first foursomes series he beat Steve Scott by 1 hole to secure GB&I’s first point of the match. On Day 2 he was paired with fellow Scot Steven Young in the morning foursomes – they lost 3&2 to John Harris and Brad Elder. In the afternoon Watson halved his singles match with Jason Gore.

Watson represented GB&I in the 1998 St Andrews Trophy. The team lost by 14-10 to the Continent of Europe at Villa D’Este in Italy. Watson played in the three games and lost them all, albeit one was a singles to Peter Hanson (7&6) and another was a foursomes where he and Graham Rankin were beaten by Hanson and Henrik Stenson (4&3).

Watson enjoyed better fortune in the European Men’s Team Championship, representing Scotland in 1997, 1999 and 2001. Scotland were runners up to Spain in 1997 but won the competition under his captaincy in 2001. He also captained Scotland in 2003 in a non-playing capacity.

Other notable performances include two wins at the St Andrews Links Trophy (1992 and 1998), eight Scottish Golf Order of Merit titles and a runner-up in the Scottish Amateur Championship at Downfield in 2001, where he lost 4&3 to Barry Hume.