I am sure Peter Gabriel didn’t have the Walker Cup in mind when he wrote ‘Sledgehammer’ in 1986 but these lyrics from it are certainly starting to describe the final weeks of our 2017 Walker Cup selection journey.

My mind returned to the song after Englishman Jake BURNAGE, referring to the Walker Cup, said “My aim is to knock down the door with a sledgehammer this fortnight.”

A justifiably confident Jake was speaking after completing stage one of his personal selection plan, victory in the South of England Open Amateur Championship at Walton Heath GC.

In the days before the South of England Championship Jake had been debating whether to withdraw and save himself for the English Men’s Amateur Championship which takes place this coming week at The Berkshire. However, he realised he simply couldn’t afford to if he was to fulfil his ambition of being selected for the 2017 Great Britain & Ireland (GB&I) Walker Cup team.

At this late stage in proceedings he knew he had to win to remind the selectors he was still around. The fact he did so around the famous Old and New Courses at Walton Heath, in challenging weather conditions and leading from the front on the final day, where 36 holes had to be played, was hugely impressive.

The 22 year old Devonian, who didn’t start playing golf until he was 16, wasn’t born when the song was a worldwide hit but his first swing of his imaginary sledgehammer certainly hit the mark. 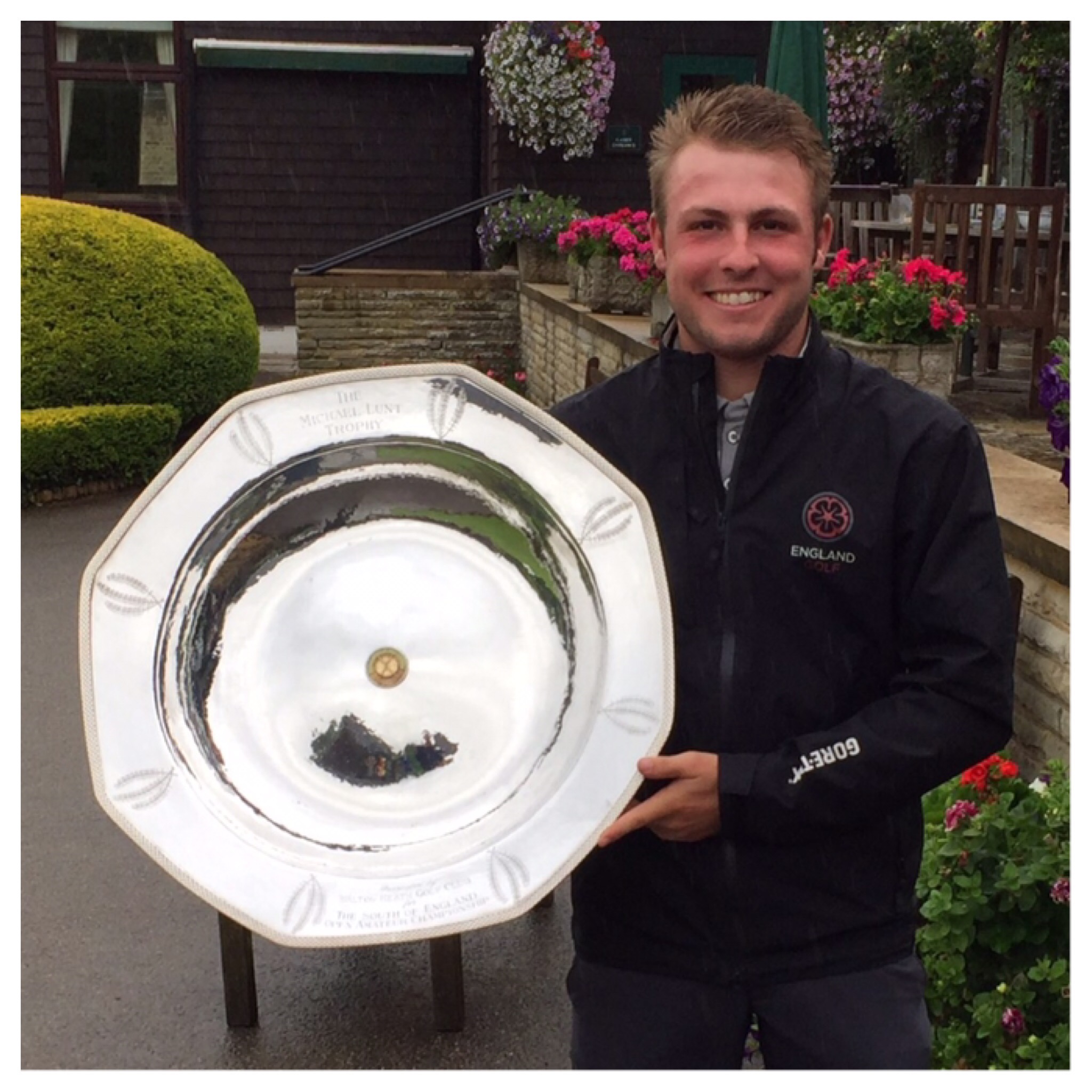 So is Jake dreaming or could he really break into the GB&I 2017 Walker Cup team at this late stage ?

Jake started the year ranked 436th in the Scratch Players World Amateur Ranking (SPWAR). He is now 73rd, 14th in the current GB&I-only list, after a good run of form, which has included 8 Top 10 results in 2017: –

For those interested in the World Amateur Golf Ranking (WAGR) Jake started 2017 in 590th place. A surprising 41 place fall last Wednesday sees him currently sitting 350th. The WAGR therefore see him as the 41st best GB&I player, albeit when his South of England win is factored in this week this glaring error should be rectified a little.

Clearly his 2017 form is as good, if not better, than most of the other GB&I players.

Save for his excellent results in the Lytham and Brabazon it could be argued by his detractors that the majority of his 2017 Top 10’s have been in weaker field events.

It could also be pointed out that Jake is also still to be selected for England so it is a big leap to think he could make a GB&I team next month.

However, as Jake clearly understands himself, if he can some how find his way to the later stages of the English Men’s Amateur Championship this coming week then his selection hopes may really start to gain some momentum. If he does so then it will also mean he has demonstrated some match play credentials which would also be beneficial to his case.

He must now be assured of selection for the English team for the Men’s Home Internationals at Moortown GC on 16-18 August which will give him a final chance to impress. He was after all unlucky to miss out on being selected for the England team that finished runners-up at the recent European Men’s Team Championship in Austria.

If – and it’s a big if – he can deliver at the English Men’s Amateur Championship and then follow it up with a solid contribution at the Home Internationals Jake Burnage would unquestionably give the selector’s something to think about.

2 thoughts on “67. Is Jake Burnage Timing His Run To Perfection ?”