There was good news from Gailes Links earlier this week when Scotland’s Connor SYME came through Final Qualifying to earn his place at this month’s 146th Open Championship.

Connor shot rounds of 71 and 67 in often wet and windy conditions to finish tied 1st on -4 alongside USA’s Julian Suri. 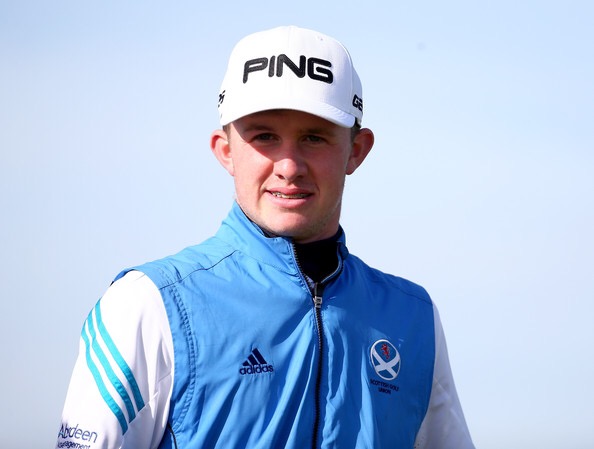 Like Alfie Plant last weekend at the European Amateur, who is 25 today, Syme gave himself an early golfing birthday present with his performance. He is 22 on 11th July.

Down in Nottinghamshire Stefano Mazzoli (ITA) and Rhys NEVIN-WHARTON (ENG) both recorded -7 results at Hollinwell but sadly missed out in a 1-from-3 play-off with Pro Laurie Canter.

It was also a close thing down at Royal Cinque Ports for some of our other leading amateurs too.

David BOOTE (WAL) made the 1-from-4 play-off after rounds of 71 and 70 (-1) but like at Walton Heath for the US Open Qualifier a few weeks ago just came up short in the final reckoning.

Scott GREGORY (ENG) and Harry HALL (ENG) both finished on Even par to miss out on the same Kent play-off. Josh HILLEARD (ENG) on +2 was also in the mix.

Finally, Jack SINGH BRAR (ENG), paired with home favourite Ian Poulter, did well at Woburn. His rounds of 72 and 68 (-4) on The Marquess’ Course saw him finish tied 8th.

Australia’s Curtis LUCK, the 2016 US Amateur Champion, also held an exemption for Royal Birkdale but gave this up when he chose to turn Professional after The Masters.

Good luck to them all but particularly Messrs. Ellis, Plant and Syme !

Here are the results from the five Final Qualifying events if you wish to investigate them further: –
Gailes Links
Hillside
Hollinwell
Royal Cinque Ports
Woburn