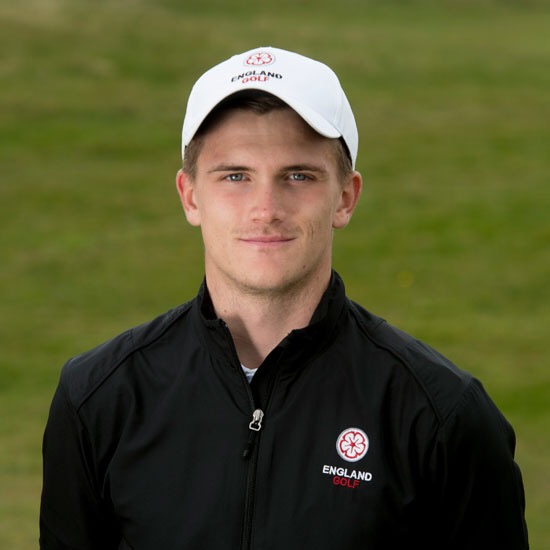 For followers of amateur golf the entry of England’s Marco PENGE into the Q-School progress was of particular interest.

Marco Penge is one of GB&I’s leading amateurs ranking, at the time of writing, around 90th in the World (SPWAR 97 / WAGR 86). This despite only being 17 – he is 18 on 15th May. He has started the 2016 season well, recording a T6 finish in the South American Amateur, a T4 at the Portuguese Amateur, a T14 in the European Nations and of course winning the Sunningdale Foursomes with girlfriend Sophie Lamb last month. 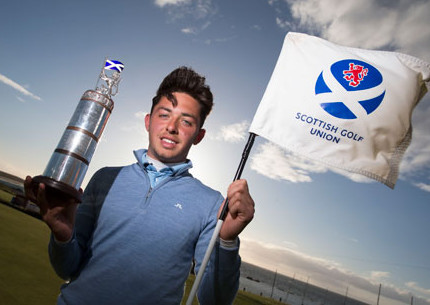 Marco qualified for the EuroPro Tour’s Final Stage Q-School comfortably on 30th and 31st March, finishing 4th at Burhill G.C., with rounds of 66 and 76 (-2). In the Final at Frilford rounds of 71, 73 and 72 saw him finish Even and Tied 22nd. This Top 30 finish saw him earn the highest card possible, a Category 3.

The good news is I believe Marco isn’t planning to turn Pro on the back of his solid start to the year and today’s securing of EuroPro Tour playing rights. I think he wants to play another amateur season, hopefully winning more men’s events and gaining selection for both the St. Andrews Trophy (20-21 July) and Junior Ryder Cup (26-27 September) teams.

The bad news is (at least from my perspective), assuming he maintains his form, he almost certainly will be moving into the Pro ranks towards the end of this year.

Looking at his situation from the perspective of this website it is clear that as things stand he doesn’t see the 2017 Walker Cup as part of his medium term plans. Of course no-one is guaranteed selection but I am sure he would be one of the players Captain Watson would currently like to have at his disposal in 2017. It is hard to criticise Marco for his ambitions. He continues to keep moving forward and the next match in Los Angeles, still over 500 days away, has always looked like being a year too far away for him.

Following his decision to turn Pro last week (click to read article) Jack McDONALD shot rounds of 71, 76 and 71 to finish on +2 and Tied 46th.  He secured a Category 6 card.

With the EuroPro offering 14 events between May and September and operating with fields of 168 both Jack and Marco (but only if he chooses to turn Pro) should be able to play most of the events they want to this season.

It will be interesting to see what Marco decides to do as the season progresses. Why enter the EuroPro Tour Q-School if you don’t plan to turn Pro ? For the time being I guess it can have done him no harm to use the Q-School for experience and to gauge where he currently stands in the pecking order. At 17 I am sure he must be pleased with what he found out.

18th August 2016 Update: Marco PENGE played in The Matchroom Sport Championship at East Sussex National as an amateur this week. He shot rounds of 77 and 76; his +9 score saw him finish a disappointing tied 133rd on his PGA EuroPro Tour debut.