Davis THOMPSON #2, Ricky CASTILLO #4 and John PAK #7 were the three highest ranked USA players in the World Amateur Golf Ranking (WAGR) released on the 10th February 2021. In line with the USGA’s announcement on 21st December 2020 they therefore received automatic exemptions onto the USA team. 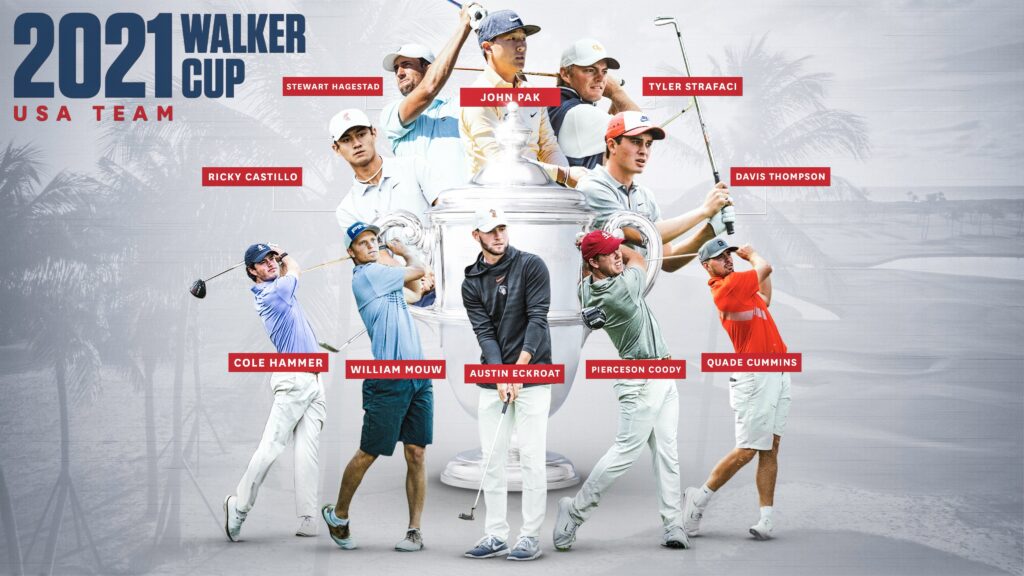 On 5th July 2018 the USGA announced changes to its team selection process ahead of the 2019 match at Royal Liverpool G.C.

With the 2021 match being played in early May the USGA has had to amend the timing of its selections but the following policy has still been adhered to.

We were advised in 2018 that future 10-man USA Walker Cup teams, assuming a September fixture, would now be selected in two parts:–

2. b) The Mark H. McCormack Medal winner (Men’s WAGRTM No. 1 / announced immediately after the U.S. Amateur Championship*; and

2. c) The remaining selections, which will include at least one mid-amateur (25 years and older) player, will be decided by the USGA’s International Team Selection Committee (ITSC).

*subject to the respective players being U.S. citizens and / or remaining amateur these individuals will now be automatically selected.

Selection is primarily driven by playing ability, with particular emphasis on USGA Championships, and world rankings. The USGA maintains an unpublished points system to assist the ITSC with these selections. The Committee are always keen to point out that integrity, team skills and good sportsmanship are important factors too.

John Bodenhamer, USGA senior managing director of Championships & Governance, said on the July 2018 changes: “Adding these elements of transparency to our selections helps players understand the process and aspire to earn coveted spots on these top teams.” 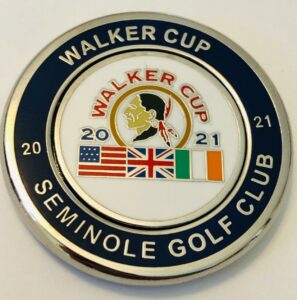 Martha Lang has been Chairman of the ITS Committee since February 2018 and will complete her term of office at the next Annual Meeting on 26th February 2021. The former Curtis Cup player (1992) and captain (1996) from Alabama is the first women to Chair the ITS Committee but is one of a number to have previously sat on it.

Surprisingly the U.S. Captain, currently Nathanial Crosby, does not sit on the Committee and whilst he obviously advises and recommends players that is said to be the extent of his input into the team selection process.

Nowadays there appears to be an ongoing debate within the USGA on the role Mid-Amateurs (over 25’s) should play in the U.S.A. Walker Cup team.

2011 and ’13 captain Jim Holtgrieve first suggested to the USGA that it may be beneficial for the mid-amateur community to have a clear Walker Cup incentive.

The USGA accepted this and in 2013 formally committed to including two mid-amateurs in all of their future Walker Cup teams.

However, after disappointing mid-amateur results in the 2013 and 2015 matches and some senior executive changes the USGA let it be known in April 2017 that they planned to soften this selection policy. The commitment was reduced to one and it was made clear that mid-amateur picks would need to have proven themselves in elite amateur competition during the year of the match.